On Friday, the Biden administration released an intelligence report on the death of Khashoggi which links Saudi Crown Prince Mohammed bin Salman (MBS) with the murder. This is same report Donald Trump refused release, as he downplayed the journalist’s killing. Khashoggi was living in America in exile. He wrote articles for The Washington Post that sometimes criticized the Saudi royal family.

President Biden rebuked MBS, putting out a statement that he would only communicate with King Riyadh. Biden’s action denies MBS the ability to rehabilitate his international image. The killing of Khashoggi severely tarnished MBS’s image, while placing Saudi Arabia’s human rights abuses back into the spotlight.

Biden seeks to “recalibrate” the relationship between both countries. White House press secretary Jen Psaki said, “The president’s intention, as is the intention of this government, is to recalibrate our engagement with Saudi Arabia.”

Biden’s decision is a strategic one. Saudi Arabia is a key U.S. partner in preventing foreign terrorism. Additionally, Biden seeks use of Saudi “fallback bases” to protect U.S. troops in the event of escalating tensions with Iran. Tensions continue to mount as U.S. troops in Iraq stave off recurrent attacks from Iranian-backed Shia militia.

Biden is cleverly balancing relations with Saudi Arabia, Israel and Iran. Biden remains focused on protecting U.S. troops as he navigates ongoing calls for justice over the killing of Khashoggi, utilizing Israeli-Saudi influence to deal with Iran and working to prevent Putin from gaining further influence in the Middle East. 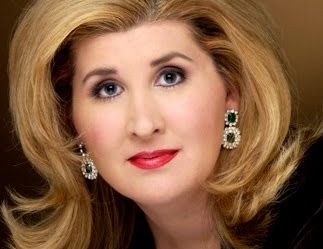 Davies is the producer of The Nutcracker on PBS, a two-time book author, Special Ambassador for the American Diabetes Association and an All-American Outstanding Woman of Achievement winner. You can connect with her on Twitter and Facebook.