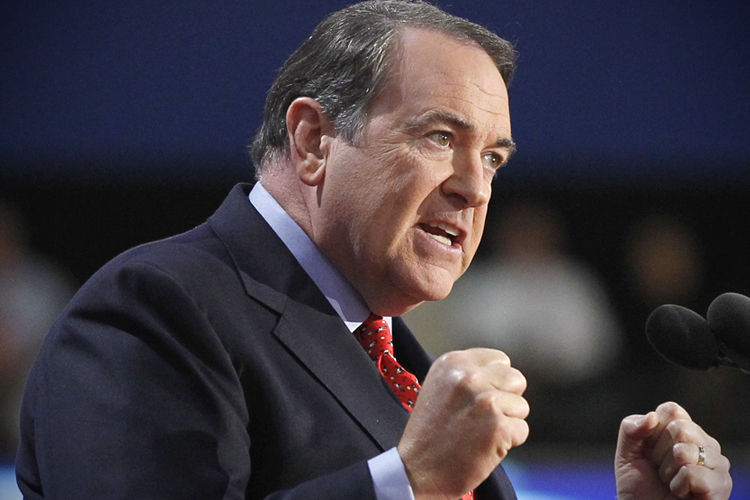 Mike Huckabee, a former governor of Arkansas and two-time candidate for president, is a deplorable person. When he hasn’t been involved in politics or hosting a peculiar talk show on Fox News or TBN, he’s run an on-again, off-again grift as an evangelical minister. There’s tax-free money and a megaphone to be had in the religion business. Some say he’s a fake Christian, but it’s really more that he’s a Christian who also happens to be a very bad human. Some Christians are good, and some are bad; Christian is a moniker that can be carried by anyone who so desires.

Many know that evangelical Christianity doesn’t enforce that adherents be good, ethical, or bearers of characteristics that we value in decent people. That’s why it’s so easy for despicable people, like Mike Huckabee and his daughter Sarah Huckabee Sanders, to use their chosen religion to justify their misdeeds. That’s why evangelical Christianity is so popular with the right ‒ it easily lends itself to weaponization and politicization. Those acting in bad faith are permitted to do and be horrible things and either simply ask forgiveness or pretend that their chosen deity has the same prejudices they do.

This past weekend, Huckabee mocked Asian-Americans and managed to get in a dig at LGBTQ people at the same time. His unsavory comments don’t bear repeating, as they were typical Huckabee backwardness and an attempt to get attention in the easiest way he knows how. Huckabee isn’t especially relevant or liked amongst any demographic, and this pains him. The saddest part is that Huckabee does have a platform that’s big enough to do some harm whenever he has an attention deficit. Huckabee doesn’t use his status as a reverend to do good; he instead uses it for attention and to spread a message of hate.