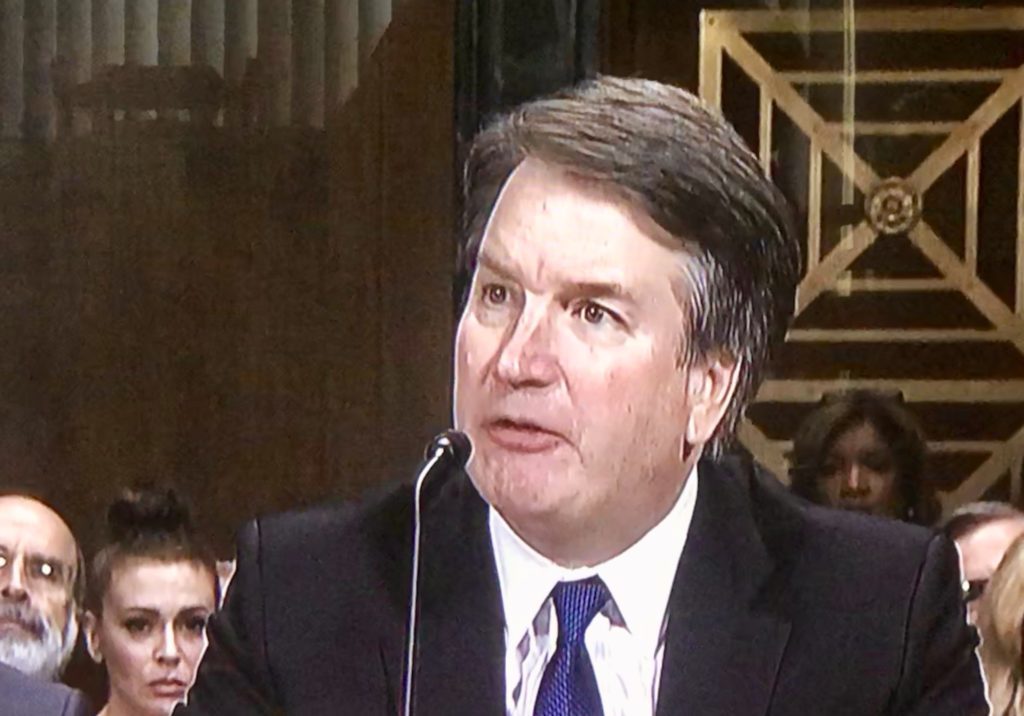 We could disagree a lot about the leanings of any justice on the Supreme Court, but are they a criminal or not, is a different question.

Our actions, even in your youth, influence your attitudes as an adult. Getting away with bad decisions in your youth, could lead someone to believe that every decision they make is a good one – regardless of the consequences to others. NOT what I would want in a sitting justice on the Supreme Court.

That brings us to the recently disclosed information by Guardian reporter Stephanie Kirchgaessner that “The FBI disclosed to the Senate this June — two years after questions were initially asked — that it had received 4500 tips from the public during the background check and that it had shared all ‘relevant tips’ with the White House counsel at that time. It is not clear whether those tips were ever investigated.”

Of course sharing that information with The Former Guy’s White House counsel was going to lead nowhere. Trump himself probably thought that what Kavanaugh did in his youth, made him an even better candidate for the court.

Now we have a man sitting on the court, passing judgement on the fate of women’s healthcare rights, who has likely demonstrated such little regard for women. It doesn’t matter that he is married and has children.

4500 tips — don’t tell me that none of them had merit — that would seem like a foolish expectation and the best way to make sure that NONE of them come to light, is to investigate NONE of them.

We can change that. If it makes Kavanaugh squirm like he did during his Senate confirmation…..and his sniffling behavior returns, so be it. The truth has a right to be heard.