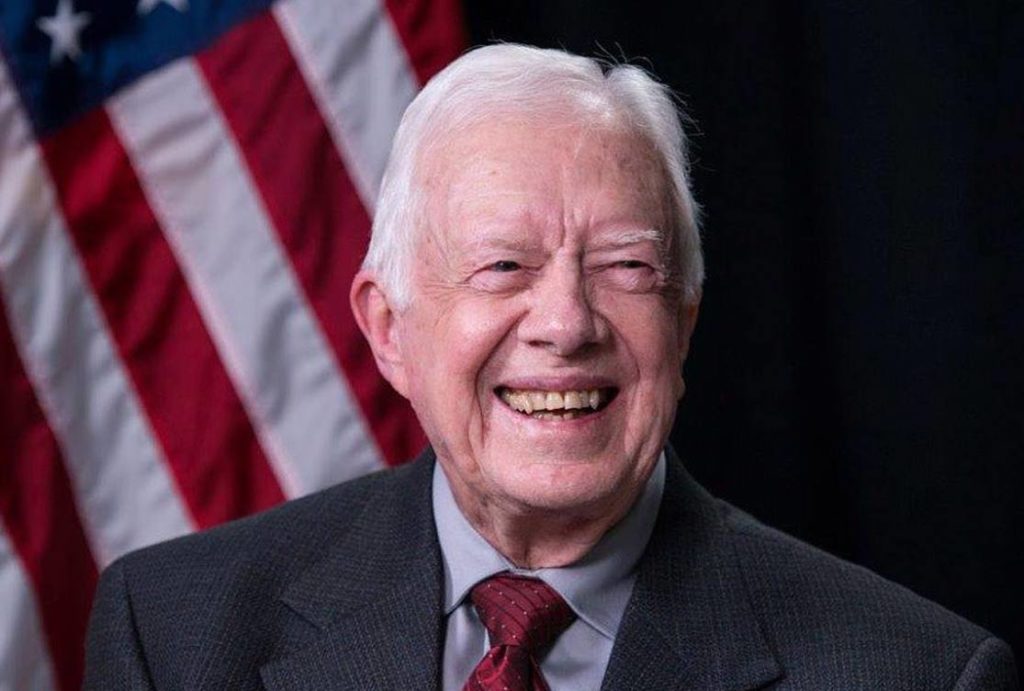 Today, October 1 is the 97th birthday of our 39th U S. President, Jimmy Carter. I have always admired President Carter and feel that he has been vastly underrated and unfairly treated by the mainstream media as an alleged failure as President.

President Carter was a peacemaker, working diligently to bring end conflict between Israel and Egypt in the Camp David Accords agreement, which has held up to this very day.

As a U.S. Naval Academy-trained science officer, Carter was very much ahead of his time in being honest with the American public about the threat of climate change and the need to conserve our energy resources and preserve our environment. He had solar panels installed on the White House roof as a practical demonstration of alternative clean energy.

Jimmy Carter also practiced a virtuous personal life, teaching Sunday school, being a faithful and loving husband to his wife for many years, volunteering for various charities such as Habitat for Humanity, and setting a sterling example of honest decency for all Americans and the office of President.

I remember visiting at one time with Carter’s Vice President, former Senator Walter Mondale, who I thanked for his service to our nation. Mondale made a point of telling me that “not one American life was lost on our watch.” We certainly lost a lot more as a nation after the Carter Administration ended.