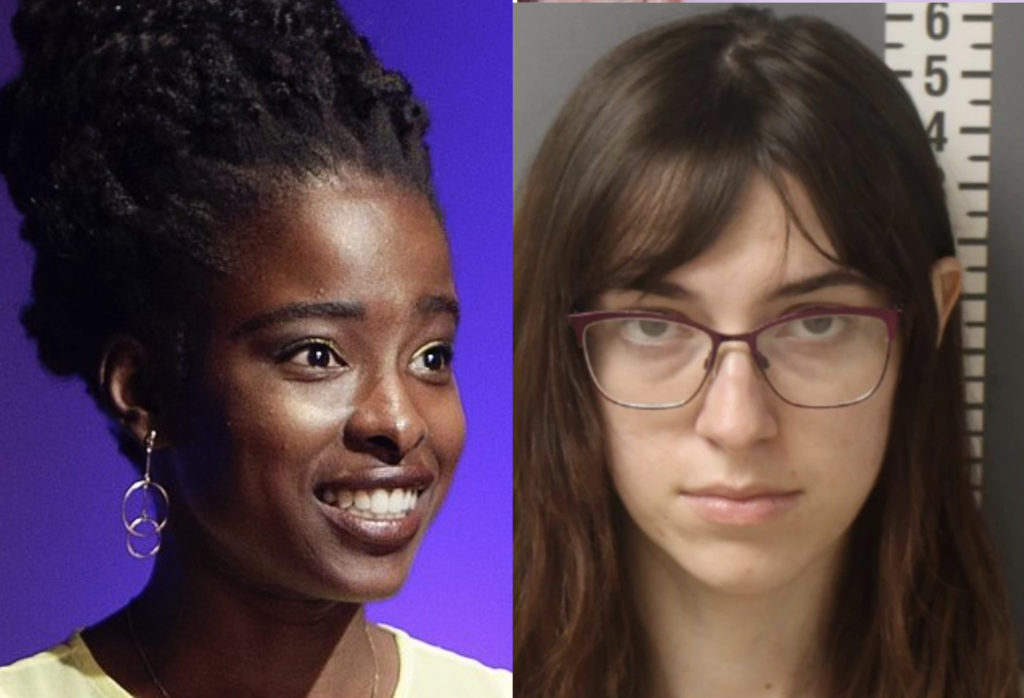 Two young women, both 22. Both rising to international attention in January 2021. At 22, with a degree from Harvard, two soon-to-be-published books, and after reading her poem at the Inauguration, Amanda Gorman received accolades that people three or four times her age have not received. Robert Frost, in a capstone moment of his long career, was 86 when he read his poem at Kennedy’s inauguration. Amanda Gorman hasn’t reached her peak. 2017 was a big year for her, at 19, she became the first National Youth Poet Laureate, the first Youth Poet to open the Library of Congress Literary Season, and that very year, she stated she plans to run for president in 2034. Her first two books will not be published until September 2021 and yet they are on the bestseller list of Amazon due to her appearance at the Inauguration. She’s just beginning.

The other 22 year old of this January is Riley June Williams. Her claim to fame is stealing Nancy Pelosi’s laptop on January 6th with alleged plans to sell it to Russia. Her lawyer says she’s been “vilified.” The Judge in her case admonished her that the government and Constitution she was trying to tear down was, in fact, working in her favor. I’m going to say right here that it is an article for another time to discuss how the Constitution is working in her favor, but not in the favor of so many persons of color who sit in jails and prisons today and not wearing an ankle bracelet at their Mom’s house while they await trial on Federal charges, but I digress… Riley June… we don’t know much about her. We only know that she has a mom who loves her and that Riley June makes really bad choices.

We also know that once the Federal prosecution is finished, the only thing Riley June will be beginning is a long prison sentence. Gen Z: Be like Amanda, not like Riley June

← Mary Trump drops the hammerOh, so now Republicans care about it →
Scroll To Top