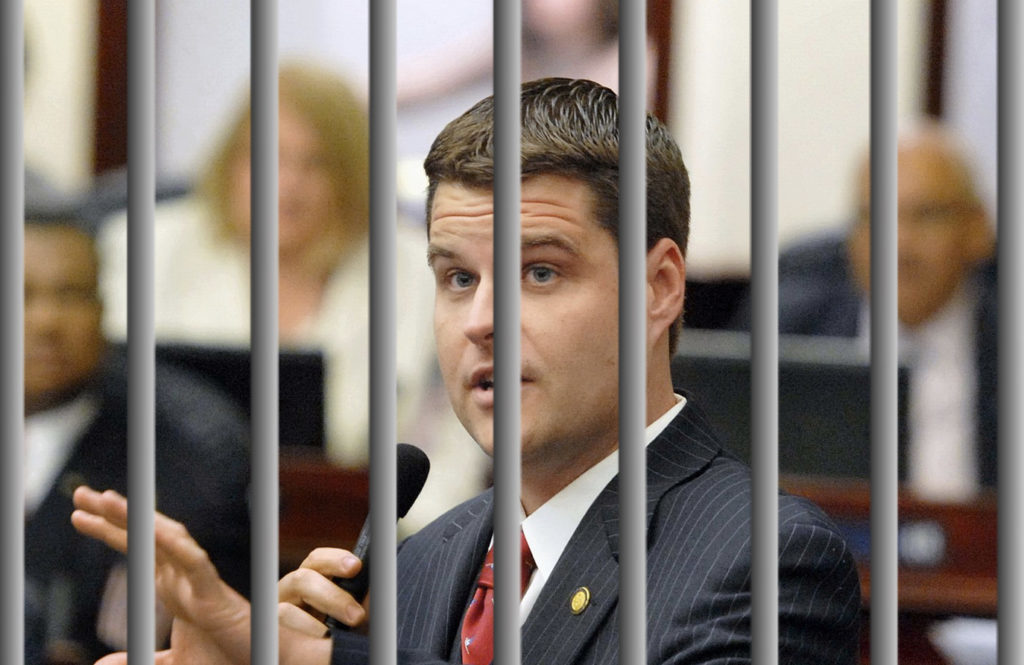 Based on what’s been reported by credible major news outlets, it’s clear that Matt Gaetz is under federal criminal investigation on a number of serious and ugly charges. The Feds generally don’t get this deep into a case unless they’re planning to bring an indictment, and they’re expecting to get a conviction at trial. So no one is going to be shocked if Gaetz ends up indicted and arrested.

But federal criminal probes tend to move at a glacially slow pace, and no one would be shocked if his indictment and arrest end up taking quite awhile to happen. Yet the Daily Mail is reporting that according to its sources, Gaetz is just a couple weeks away from arrest.

This report set off all kinds of alarms on social media today, for two reasons. The first is that if it’s true, then we’re about to see Matt Gaetz in handcuffs rather swiftly – which would be a sight to see, given the heinousness of the criminal charges involved. The second reason is that the Daily Mail is a British tabloid with a spotty record on these things, so no one is quite sure whether to believe it.

There are a few questions to ask here. For instance, why would a DOJ source decide to leak something to the Daily Mail but not to mainstream American media outlets? That’s not exactly a way for a source to get his or her leak believed by the public. This suggests that the source may be sketchy enough, or far enough removed from the case, that credible news outlets rejected the leak before the source finally settled on giving it to the Daily Mail.

Another curious aspect: the Daily Mail says that Joel Greenberg has flipped on his pal Matt Gaetz. This would seemingly be contradicted by the fact that the Feds just hit Greenberg with additional criminal charges just a couple days ago. Additional charges aren’t generally brought against those who have already cut a deal, unless they renege on that deal.

Then again, even the largely fictional National Enquirer has occasionally nailed a story. So it’s possible that this Daily Mail story is true. But it’s probably best to wait and see if any major credible news outlets end up reporting the same thing, before presuming there is any truth to it.

The Feds generally like to take their time with criminal indictments. If the Feds have been pushed to move up their arrest timetable by the sudden public nature of the Matt Gaetz probe and the heinous nature of the charges, we’ll know soon enough.