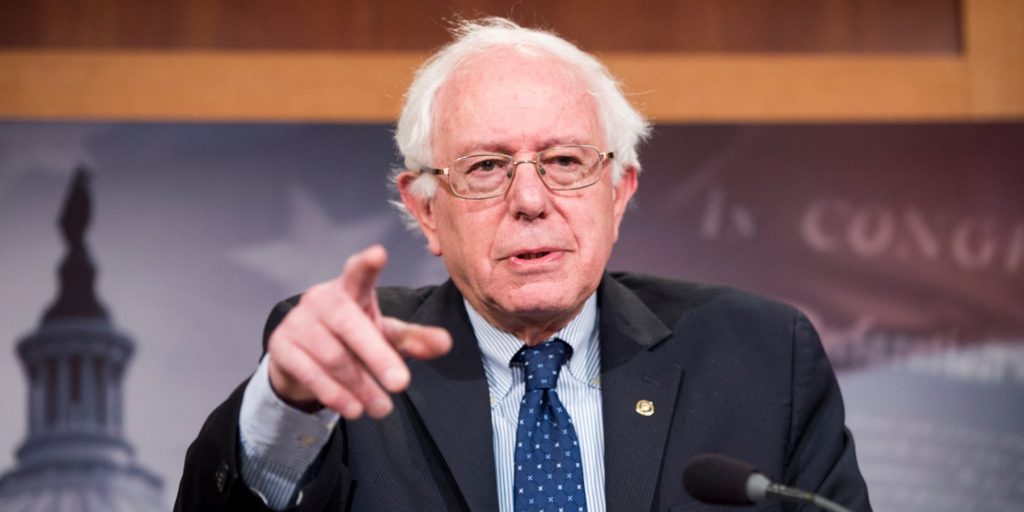 Now that Joe Biden has pulled insurmountably ahead with three more blowout wins on Tuesday, we’re hoping that Bernie Sanders will do the right thing by swiftly dropping out and and endorsing Biden. After all, there’s a pandemic going on, and the need to unite against Donald Trump is more crucial than ever.

If Sanders doesn’t drop out soon, it looks like some of his own disenchanted campaign advisers are planning to do him in anyway. An unnamed person described as a “senior Sanders aide” is telling Yahoo News that the campaign has no idea what it’s doing, the leadership is in disarray, there’s a “lack of direction” coming from Sanders himself, and “there is no plan” for what to do next.

Ouch. That’s rough. The thing about high level leaks like this is that once they start, they usually only get worse. This same adviser says it’s “time for some hard decisions” – which means the adviser is going to push Sanders to drop out. If Sanders refuses to drop out, this clearly exasperated adviser will probably end up leaking uglier things in the name of trying to force the issue.

There’s a reason candidates generally end their campaigns once they no longer have a chance of winning. It’s not just that the candidate, obviously, won’t get into office. It’s that once the hardest working people in the campaign realize the candidate is dragging them along on some kind of vanity exercise, it tends to turn ugly fast. If Sanders doesn’t get out of the race soon, let’s just say a leak like this one is just the tip of the iceberg.