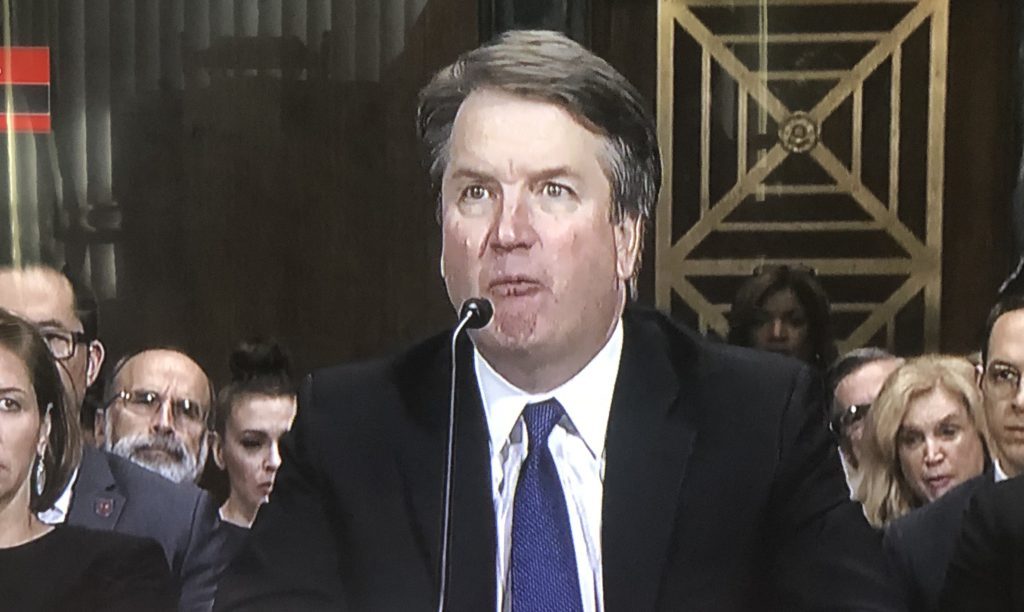 Donald Trump’s recently revealed rant about Supreme Court Justice Brett Kavanaugh triggered renewed interest in how Kavanaugh escaped any meaningful vetting at his Senate confirmation hearing. Now, an alarming letter to Democratic senators from the F.B.I. raises even more questions about what happened.

According to Landslide: The Final Days of the Trump Presidency by Michael Wolff, an exasperated Trump exclaimed, “Where would he be without me? I saved his life,” referring to Kavanaugh. “He wouldn’t even be in a law firm. Who would have had him? Nobody. Totally disgraced. Only I saved him.” What did Trump learn about Kavanaugh to make him say this?

We now have more insight, and the answer seems to be quite a bit. Nearly two years after Sens. Sheldon Whitehouse and Chris Coons asked the F.B.I. about how it reviewed Kavanaugh’s background, Assistant Director Jill C. Tyson wrote back. In the letter, dated June 30 and disclosed today by Whitehouse, Tyson did not say whether the F.B.I. ever pursued any of the most “relevant” of the 4,500 tips it received into Kavanaugh’s background.

However, Tyson indicated that these potentially critical tips were simply passed along to Trump White House lawyers, who could then handle them as they pleased. (Picture staffers lifting up a MAGA rug for lawyers to sweep the tips neatly underneath.) As Whitehouse pointed out, the Trump White House Counsel’s Office “was the very office that had constrained and directed the limited investigation” into Kavanaugh in the first place.

In an interview with the New York Times, Whitehouse described the sham process as a “fake tip line that never got properly reviewed, that was presumably not even conducted in good faith.” In a series of tweets today, Whitehouse also pointed out that it’s “[n]o wonder so many witnesses were so frustrated when they tried to bring evidence forward” and that individuals like Dr. Blasey Ford were denied a “sincere and thorough investigation.”

Last night, Whitehouse and Coons, along with five other Democratic senators on the Judiciary Committee — Sens. Dick Durbin, Patrick Leahy, Richard Blumenthal, Mazie Hirono, and Cory Booker — wrote to F.B.I. Director Chris Wray to demand details about this shady arrangement. The truth about Kavanaugh and his sham investigation must come out. As Whitehouse summed things up quite perfectly: “Everyone deserves real answers, not cover-ups.”

← This keeps getting uglier for Donald TrumpSo much for there being no Trump criminal probes in the Department of Justice →
Posting....
Scroll To Top