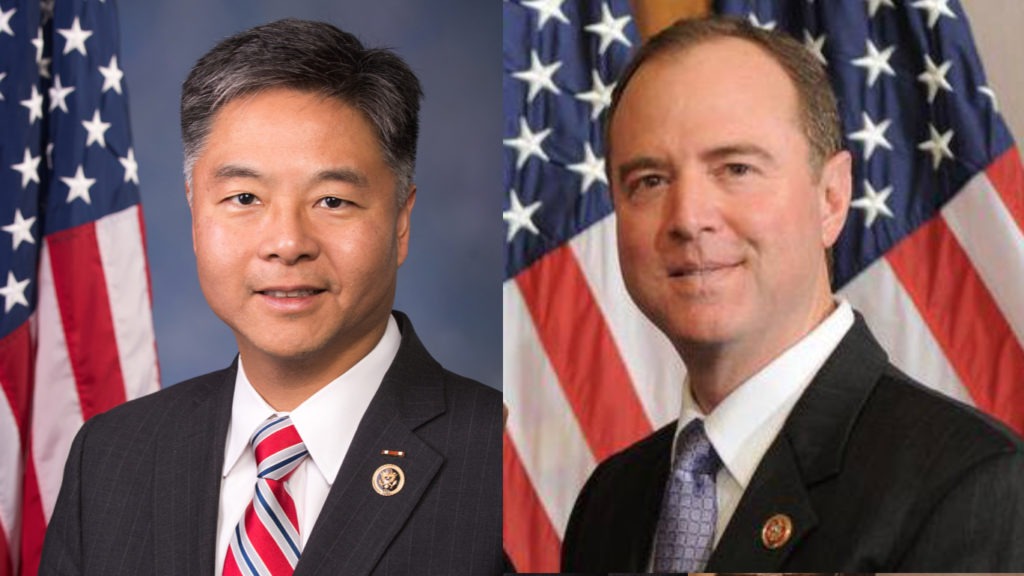 As of tonight, Donald Trump is now officially an accused felon, in the stated view of the U.S. Attorney’s Office for the Southern District of New York. The SDNY is accusing Trump of having instructed Michael Cohen to commit multiple felonies, for the purpose of altering the outcome of the 2016 election, and went so far as to label him as “Individual-1.” Now the top House Democrats on the relevant committees are dropping the hammer on Trump.

Donald Trump posted this tweet in response to the news the he’s now an accused felon, which largely got him laughed at: “Totally clears the President. Thank you!” Congressman Adam Schiff, who is about to become the Chairman of the House Intelligence Committee, quickly fired back: “Who’s going to tell Individual 1?”

Ted Lieu, who sits on the crucial House Judiciary Committee, piled on: “Dear Donald Trump: I think you might not know that the person prosecutors identify as Individual-1, who committed multiple felonies, is you. You may want to read the court filings today.”

Meanwhile, back in Donald Trump’s land of delusion, it doesn’t appear that he has any sort of strategy for what to do next. Robert Mueller and the SDNY are closing in on Trump from every angle, publicly exposing his crimes by the day, and he’s sitting around tweeting increasingly absurd nonsense.