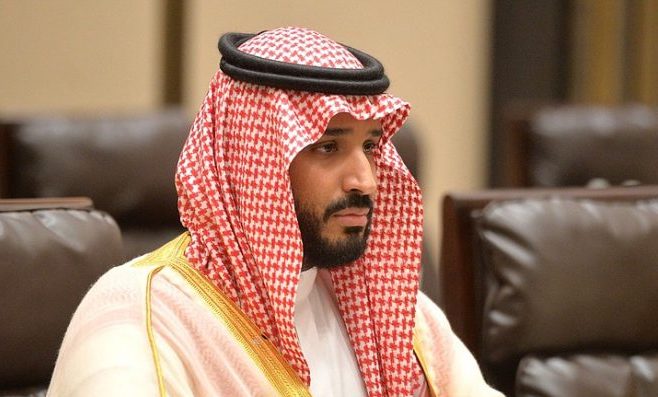 As all eyes were – quite understandably – on the floor of the U.S. Senate where the impeachment of Donald Trump is being tried, the Guardian and the Financial Times broke the news that two U.N. experts issued a report asserting that Jeff Bezos’ cellphone was hacked in 2018, using a WhatsApp account belonging to Mohammed bin Salman, the Saudi crown prince. According to the U.N. special rapporteurs, the hacking appears to have been part of an effort to “influence, if not silence” the Washington Post’s critical reporting on the Kingdom, which was done in large part by the Post’s columnist Jamal Khashoggi, who was subsequently murdered and dismembered inside the Saudi consulate in Turkey.

The new findings that were published on Tuesday are based on a careful forensic analysis of WaPo owner and Amazon CEO Jeff Bezos’ phone which personally links MBS to the hack: “Mr. Bezos was subjected to intrusive surveillance via hacking of his phone as a result of actions attributable to the WhatsApp account used by Crown Prince Mohammed bin Salman.” After meeting at a dinner in Los Angeles, Bezos and the Saudi crown prince had been exchanging messages via WhatsApp for a while when in May of 2018 the Amazon CEO received a video file from MBS which appears to have been spiked with malware. Opening the video file allegedly triggered what the report describes as “a massive and unauthorized exfiltration of data from Bezos’ phone, [ … ] continuing and escalating for months.” On November 8, 2018, Jeff Bezos then received a somewhat cryptic meme from bin Salman’s WhatsApp account which strongly suggested that the prince was in possession of personal information that could only be obtained by accessing private texts and images stored on Bezos’ phone.

All this took place some time before Jeff Bezos made headlines by blowing the lid off an attempt by AMI – the owner of the National Enquirer – to blackmail him with texts and photographs that showed him engaged in an extramarital affair. Rather than letting himself be blackmailed into silence, the powerful CEO hired security consultant Gavin de Becker to explore how the tabloid magazine had gained access to the compromising material. The investigation conducted by de Becker came to the conclusion that the Saudi government had obtained access to Mr. Bezos’ cellphone. These findings were presented by Mr. de Becker in an op-ed in The Daily Beast, but for some reason the story then fizzled out without ever becoming front-page news, despite its rather explosive nature and its ominous implications.

Now, the cyber attack on a prominent U.S. citizen by the de facto leader of another nation has garnered the attention of the United Nations, and Saudi Arabia is forced to publicly address the issue. In response, the Saudi embassy in the U.S. has already tweeted a denial of the allegations: “Recent media reports that suggest the Kingdom is behind a hacking of Mr. Jeff Bezos’ phone are absurd. We call for an investigation on these claims so that we can have all the facts out.” It is not entirely clear whom the Saudis would like to charge with the investigation they are calling for in this tweet – a team of investigators handpicked by Mohammed bin Salman perhaps?

From the point of view of anyone not either benefitting from or implicated in the illegal surveillance of Jeff Bezos’ cellphone or the murder of former Washington Post columnist Jamal Khashoggi – which may very well be connected to the hack in some shape or form – it would seem very desirable to see some light being shed on the dark, tangled web that seems to exist below the surface.

Isabel Stamm
Isabel is a teacher of American language, literature and culture.
She lives in Germany with her husband and two children.
1714
SHARES
Facebook ShareTwitter ShareEmail this articlePrint Article
LinkedinGoogleWhatsappPinterestRedditStumbleuponBufferTumblrPocketLine

← Our house is still on firePrince Charles just stuck it to Mike Pence →
Posting....
Scroll To Top