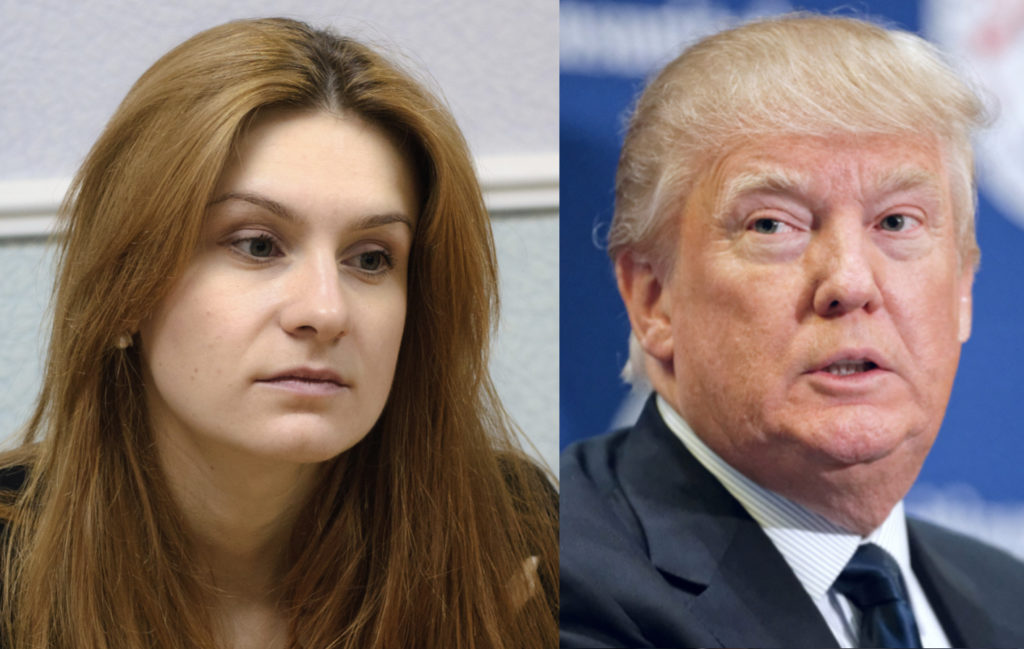 How close is alleged Russian spy Maria Butina to cutting a plea deal in the Trump-Russia scandal? Two weeks ago, she and federal prosecutors jointly asked the judge for two weeks to negotiate a deal – and tonight they and the judge set up a conference call about a deal for the morning. Such a deal would be bad news for Donald Trump, Vladimir Putin, the NRA, and the GOP. Now suddenly Trump appears to be trying to get rid of Butina.

Rachel Maddow revealed on-air tonight that a “spy swap” is being discussed that would send Maria Butina back to Russia. But there is no way on earth that federal prosecutors would want to do this. She’s a star witness who wants to cooperate with U.S. prosecutors, and who can take down far bigger fish. In fact the only people in the U.S. government who would benefit from such a move are the specific people who could be taken down by Butina’s testimony.

In other words, Donald Trump and his loyalists are behind this proposed spy swap. They have to be. No one else would, or could, be. They’re trying to get rid of her before she can rat them out, by shipping her off to Russia, where Putin would probably have her murdered. Let’s be clear here: this isn’t going to fly. Trump isn’t close to having the political muscle to be able to unilaterally ship Butina off to Russia. He and his people are only floating this in the feeble hope that the American people will somehow say “Yes, let’s get rid of this woman,” thus giving them the political muscle to do it. Obviously, this is a delusional plan.

The real upshot is that Team Trump is pinned in by recent events, and so afraid of what someone like Maria Butina can give up, they’re now floating a deranged and unrealistic plan for taking her off the board. Again, there is just about zero chance of this “spy swap” actually happening. The big revelation here is that Trump is now desperate enough to even float something so nonsensical.