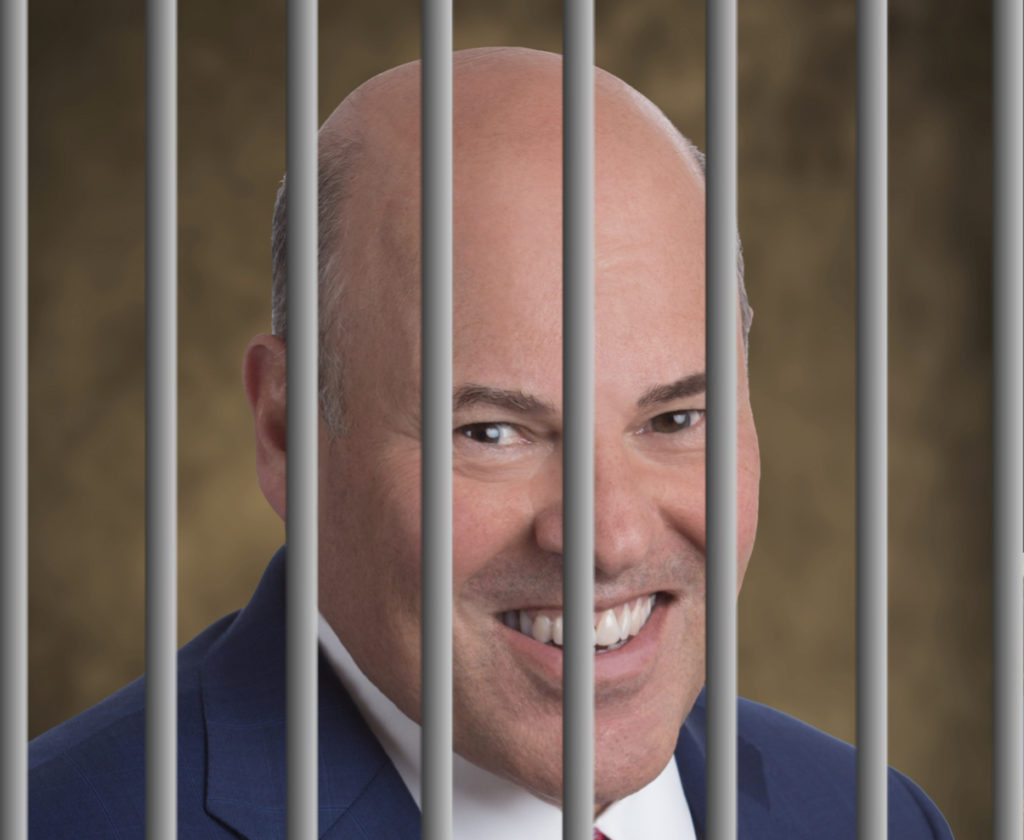 If you’ve been wondering why Donald Trump’s handpicked Postmaster General Louis DeJoy has been so willing to commit Post Office crimes on Trump’s behalf, it turns out DeJoy is already quite the longtime financial criminal. In fact these newly unearthed campaign finance felonies committed by DeJoy all but ensure he’ll be criminally charged if Trump loses the election.

It turns out DeJoy has spent a decade pressuring his employees to donate to the Republican Party, and then reimbursing them through company bonuses, according to a startling but not surprising new expose from the Washington Post. To be clear, this is a felony – a series of felonies in fact – and it’s the kind of cut and dry case that you generally go to prison for once caught in the act.

Of course Donald Trump’s Department of Justice is unlikely to bring federal criminal charges against Louis DeJoy. But it does mean that if Trump loses, DeJoy is looking at a long prison sentence. That is unless Trump pardons him on his way out the door, which is not a given, considering how low DeJoy will be on Trump’s priority list when it comes to trying to get himself and his family off the hook. There is also the possibility of state charges against DeJoy in North Carolina, before or after the election – and Trump can’t pardon those.

Louis DeJoy should have known that his dirty secrets would get dug up if he put himself in the national spotlight by taking the Postmaster General job. Now he’s facing prison. At this point, with his decade long crime spree exposed, DeJoy would do well to start cooperating with Congress now in the hope of a more lenient sentence. Trump’s henchman always go down eventually. DeJoy doesn’t seem built to last very long at all.