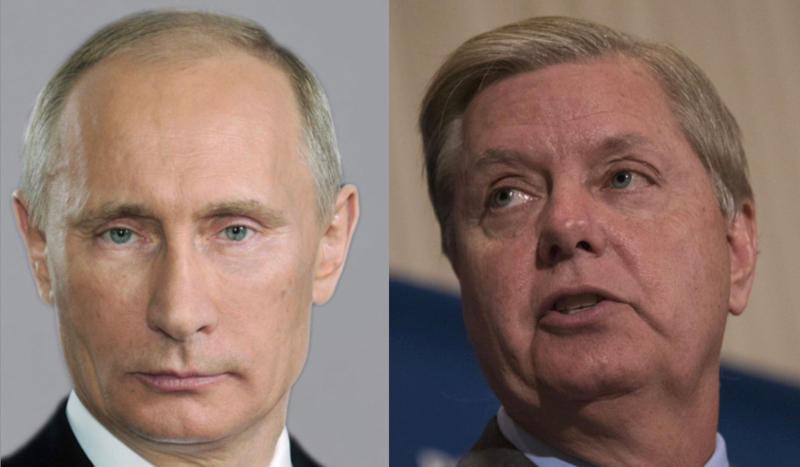 This week Lindsey Graham completed his transformation from Donald Trump’s biggest Republican detractor to Trump’s most eager criminal co-conspirator. Graham misused his position on the Senate Judiciary Committee to demand that the Department of Justice prosecute Christopher Steele, a man he knows to be innocent. If you’re trying to understand what’s happened to Graham, you can start by following the money – and yes, Graham took Kremlin money.

In mid-2017, Palmer Report reported on documents uncovered by the Democratic Coalition, which revealed that several Republican office holders took significant money in the 2016 election cycle from a Kremlin oligarch who just happens to have dual U.S. citizenship. Months later, the Dallas Morning News confirmed our story by reporting the same names and numbers (link). The donations were technically legal on their face, but they were highly suspicious. Senate Majority Leader Mitch McConnell, who wasn’t even running in 2016, took $2.5 million. He then went on to work behind the scenes during the election to try to prevent President Obama from revealing that Russia was trying to hack the election. Someone else notable took that same Kremlin money: Lindsey Graham.

Even though Lindsey Graham wasn’t running for anything in 2016 either, he took $800,000 from this same Kremlin oligarch. Again, the donation was legal. And realistically speaking, it’s incredibly difficult to believe that someone like Graham could be coaxed into throwing away his legacy and going on a crime spree to protect Donald Trump, simply because someone handed him eight hundred grand. So what’s really going on here?

We must get to the bottom of why Lindsey Graham decided to take this highly suspicious – if technically legal – money from a Kremlin oligarch during a year in which he wasn’t running for office and therefore wouldn’t have urgently needed it. Are there illicit reasons Graham took the money, and if so, are those reasons now being used to motivate him to behave in such an uncharacteristic manner?