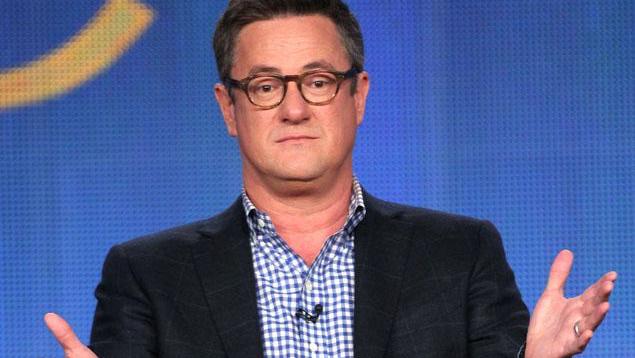 Whatever you think of Joe Scarborough as a political commentator, you’ve got to 100% root for him when it comes to his ongoing battle with Donald Trump. We’ve seen Trump repeatedly and falsely accuse Scarborough of murdering a woman, among other ugly lies.

This morning Donald Trump tweeted “Wow! Really bad TV Ratings for Morning Joe.” Not only is this tweet beneath the presidency, particularly during a deadly pandemic, it’s also false. Joe Scarborough fired back with this tweet: “Donald, thanks for lying about Morning Joe’s ratings. It gives me the chance to congratulate the entire MJ team for some of our highest ratings in history. Regarding Fox and Friends, Friday’s prelims show that both MJ & F&F had 1.3 million viewers per hour. So that’s a lie, too.”

Not long after Morning Joe destroyed Donald Trump, the news broke that the Manhattan District Attorney is criminally investigating Donald Trump and the Trump Organization on state level charges. Scarborough then quipped “Hey Donald, you have a lot bigger problems than cable news ratings.”

← Too little too lateWhat Donald Trump must answer for →
Posting....
Scroll To Top