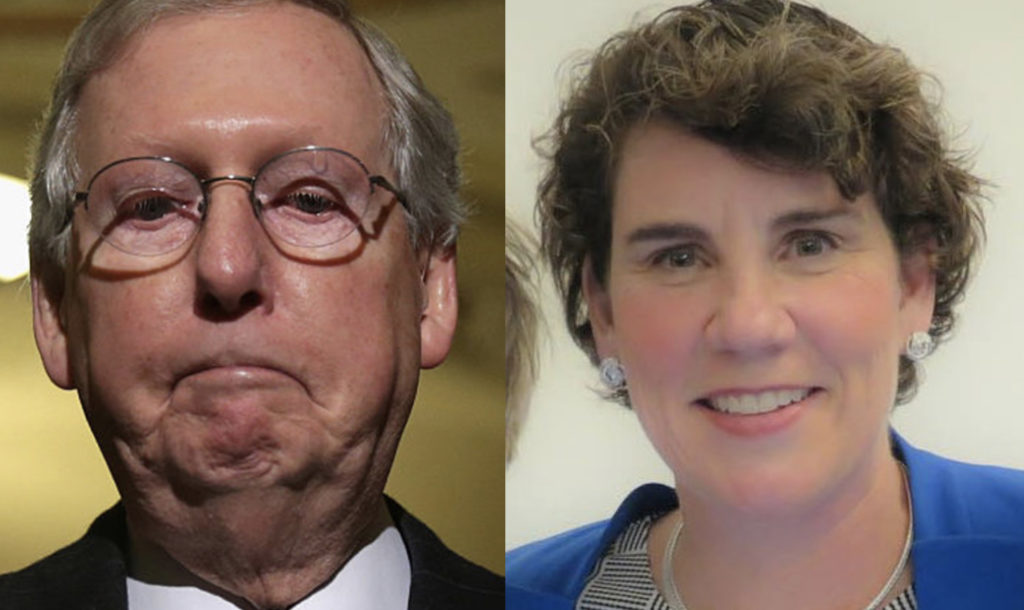 There is major news out of the Quinnipiac poll which shows that Susan Collins is losing her Maine reelection bid by twelve points, Lindsey Graham is tied in his South Carolina race, and Mitch McConnell is winning his Kentucky race by twelve points. Talk about a mixture of good and bad. So what’s really up with the Kentucky race?

For one thing, this is the latest reminder that you always look at the polling averages when you can, and not just individual polls. For instance, the averages suggest that Collins is actually behind by a high single digit margin in Maine, not a double digit margin. The difficulty with the Kentucky race is the the polling is so sparse in the state, there is no polling average, and we have no way of knowing if Mitch McConnell really is twelve points ahead of Democratic candidate Amy McGrath.

But it does seem fairly clear that McConnell is ahead by some margin, and that brings us back to the cold hard reality of Kentucky politics. The Kentucky Senate race was always a long shot. McGrath and her former primary opponent Charles Booker would have faced equally difficult odds, so no, it’s not a matter of anything being wrong with our candidate. It’s simply that Kentucky is a deep red state, and McConnell has an endless supply of dirty Super PAC money for his campaign.

The more realistic way to beat Mitch McConnell is to win the overall Senate majority, which would relegate McConnell to the relatively powerless role of Senate Minority Leader. McConnell would then be reduced to complaining and squirming for a living, even as the Democratic Senate majority does what it wants.