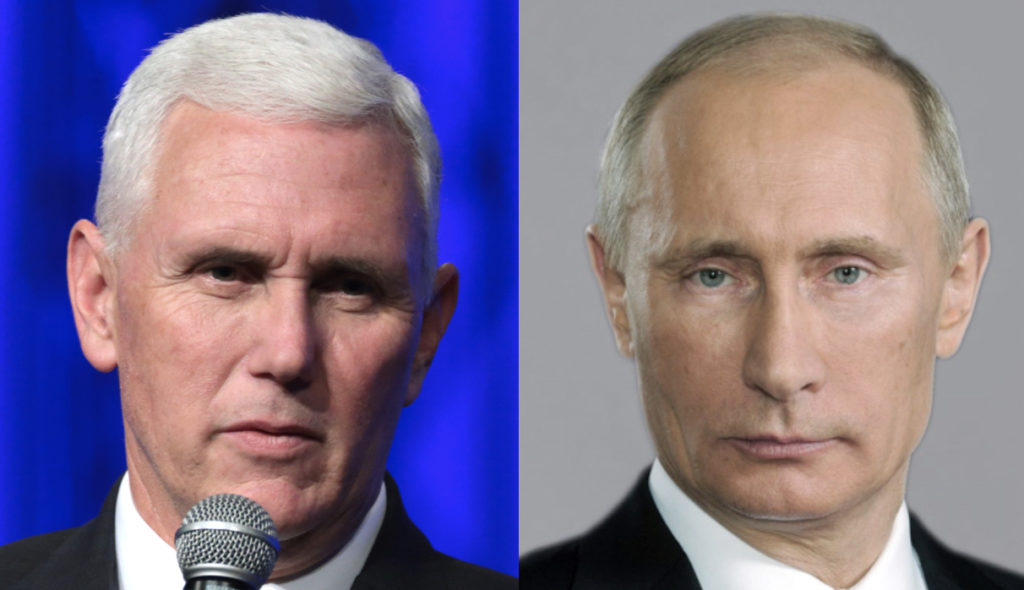 It happened again yesterday, and for the second time this week. Yet another one of Donald Trump’s Russia-connected advisers has found his way into the center of controversy, and yet again, that adviser’s connection to Trump has conveniently ended up running straight through Mike Pence. Let’s talk about this.

First there was Tuesday’s Michael Flynn sentencing memo from Special Counsel Robert Mueller. Most of it was redacted. But Mueller made a point of not blacking out the part about the Trump transition team’s complicity in Flynn’s Russia crimes. In case you’ve forgotten, the head of the transition team was Mike Pence. That’s the same Mike Pence who went on to lie to the public repeatedly about Flynn being clean, when he knew Flynn was dirty. But perhaps that just’s a coincidence, right? If so, the Pence-Russia coincidences just keep happening.

Yesterday, former Trump Secretary of State Rex Tillerson finally resurfaced, and granted an interview to CBS News. Tillerson was clearly looking to distance himself from the entire debacle, explaining that he had never even met Donald Trump until Mike Pence brought him to Trump for an interview.

When Tillerson was the CEO of Exxon Mobil he had a longtime close business relationship with Vladimir Putin, and it’s widely assumed to be the only reason the Trump regime gave him the Secretary of State gig. Now we know that it was Mike Pence who initially bridged the gap between Tillerson and Trump. So is this also just a coincidence?

Yesterday we also saw Paul Manafort formally busted for having sabotaged his cooperating plea deal. Manafort is a bought and paid for Kremlin asset who was trying to use his position as Donald Trump’s campaign manager to get out of the financial debt he owed to a Russian oligarch. As a reminder, it was Manafort who bent over backward to convince Trump to pick Mike Pence as his running mate.

Each on their own, you could write these off as being mere coincidence or happenstance. But when you put them altogether and realize that Donald Trump’s key Russia-connected advisers all end up tracing back to Mike Pence in suspicious and in some cases criminal fashion, it’s time to ask why. Does Pence just keep wandering into all these Trump-Russia connections at random, like Forrest Gump? Or is Mike Pence a Russian asset? We’re betting Flynn has told Mueller all about it.