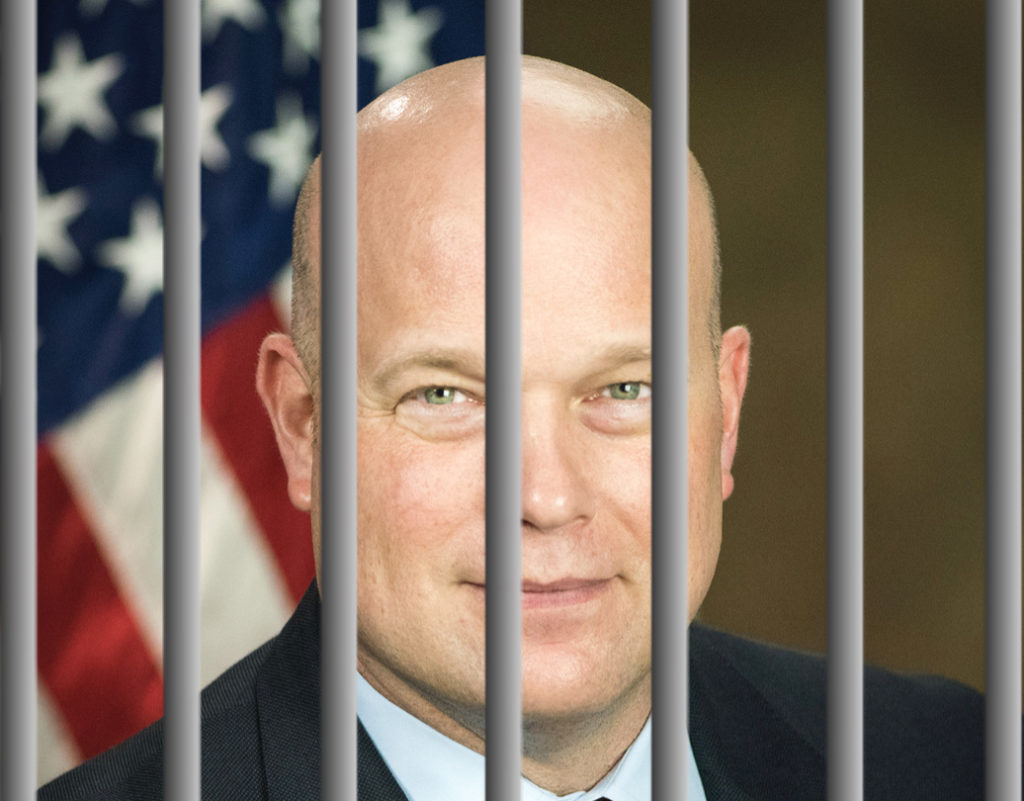 As a general rule, if you’re already under FBI criminal investigation, and you’re illegally appointed to a job on an acting basis with the mandate that you commit felonies while on the job, and everyone around you is just waiting for the chance to nail you for committing those felonies, it’s not going to end well for you. That brings us to toilet scam artist and Acting Attorney General Matt Whitaker.

On Thursday we learned that Matt Whitaker refused to recuse himself from the Trump-Russia investigation even after he was advised to by the Department of Justice. On Friday we learned that, for the past few weeks, Donald Trump has been privately berating Whitaker and demanding that he do more to protect Trump from his various worsening criminal scandals. That’s a problem on too many levels to count.

For Donald Trump, it means he just committed additional counts of felony obstruction of justice. It also means that there is a witness to this obstruction who’s willing to blab about it to the media, which means there’s a witness who has almost certainly already blabbed about it to Robert Mueller. As of this revelation, if Whitaker so much as breathes wrong with regard to the Trump-Russia scandal, he’ll be rung up for obstruction of justice as well. It gets worse.

Former Acting Solicitor General Neal Katyal is arguing tonight that Donald Trump’s actions will essentially force Matt Whitaker to recuse himself, because otherwise the odds of Whitaker ending up in prison are simply too high. Of course this is complicated by the fact that Whitaker is reportedly under investigation for his scam toilet company, so he could be looking at prison either way. As of tonight, he’s toast no matter what he does. His best bet is to not get in Mueller’s way.

← Nice try, Donald Trump, you can’t stop Robert Mueller that wayLooks like Donald Trump has found somebody new to fire →