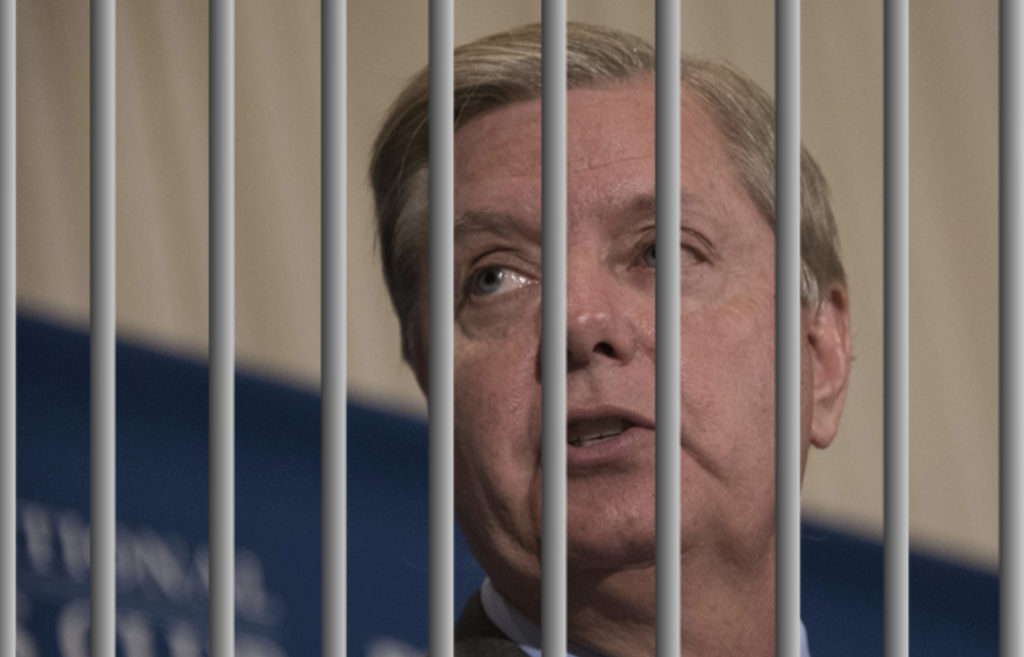 What do Donald Trump and Lindsey Graham have in common? They’re both traitors who are trying to figure out how to keep themselves out of prison. Trump has committed every crime under the sun and is a lock for prison in New York State, no matter what the DOJ does or doesn’t do to him. Graham has been caught committing felony election tampering in multiple states, and also has to worry about being locked up.

So it’s no surprise that Graham, the current head of the Senate Judiciary Committee, is now publicly threatening to reject any Biden Attorney General nominee who is planning to investigate Trump’s crimes. It’s not difficult to figure out why Graham is doing this; he’s afraid an aggressive AG will prosecute him as well.

This makes it more important than ever that the Democrats win the Georgia runoffs and take control of the Senate, so President Biden can have the cabinet nominees he deserves. Donate to Democratic candidates Warnock and Ossoff here.