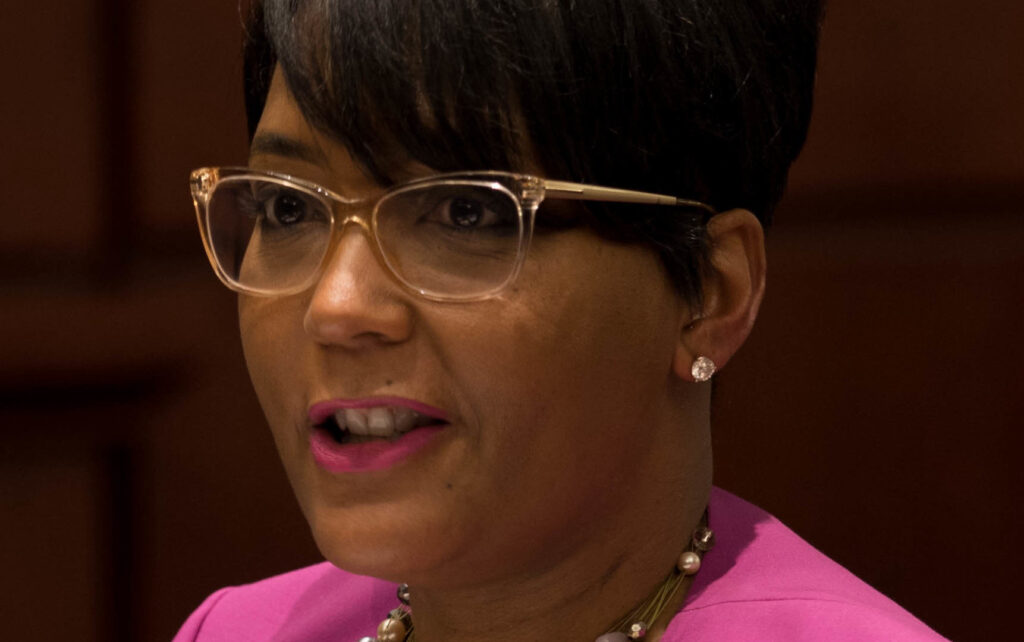 Politics is not for the weak. Sometimes, it takes a woman to get the job done, and that is what Atlanta Mayor Keisha Lance Bottoms does best. She is not afraid to buck the system, and she has shown that throughout her term as mayor of the City of Atlanta.

When Governor Kemp prematurely opened Georgia during the pandemic, Mayor Bottoms was right there, fighting his every move. Georgia’s numbers were steadily growing, but Kemp was more concerned about businesses opening. Mayor Bottoms was concerned about the citizens of the state. She issued a mask mandate and required social distancing in the City of Atlanta, and Kemp sued her. At the time, Savannah and Athens also issued mask mandates, and people wondered why he sued the lone female mayor and not the others. Kemp made the mistake of assuming Mayor Bottoms was weak. She is anything but weak and is not only a great leader for Atlanta but a great leader for Georgia.

Mayor Bottoms does not bow down to Kemp and has issued an executive order to counteract the voter suppression bill Kemp signed into law according to the Hill. Her order empowers the chief equity officer to “craft a plan of action to mitigate the impact” of Republicans’ bill on the City of Atlanta’s residents. Like everyone else in Georgia—except Republicans—Mayor Bottoms knows that this bill will disproportionately impact people of color. Her executive order allows for training by staff and directs them to provide information on early, absentee, and in-person voting; how residents can obtain IDs so that they can vote by mail; and to work with advocacy groups to provide public information. While she cannot overturn Republicans’ spiteful, unnecessary bill, she can help by keeping residents educated and informed. So far, Kemp has not responded, but he is likely too busy fending off lawsuits, which have now grown to five, and doing battle with corporate CEOs. James Quincey of Coca-Cola called the restrictions “unacceptable” and “a step backwards,” while Delta Air Lines CEO Ed Bastian said that the law will “make it harder for underrepresented voters, particularly Black voters,” to exercise their right to vote. Kemp has also been railing against major league baseball for moving the All-Star Game and the draft out of Atlanta to Denver.

All the upheaval has even caused former “president” Donald Trump to poke his head out of the hole in which he resides, proclaiming that “Radical Left Democrats have been playing dirty for years” and calling on conservatives to “fight back.” Trump proclaimed: “We have more people than they do—by far!” He must not have seen the latest Gallup poll that shows fewer than ever call themselves Republican. He also advocates boycotting major corporations, many of whom have provided millions of dollars to Republican campaigns. Between this nonsense and McConnell telling them to “stay out of politics,” these companies will hopefully think twice before filling Republican coffers. Whatever Republicans do or attempt to do, Mayor Keisha Lance Bottoms has shown them that she is not afraid of them, and that is a very good thing.