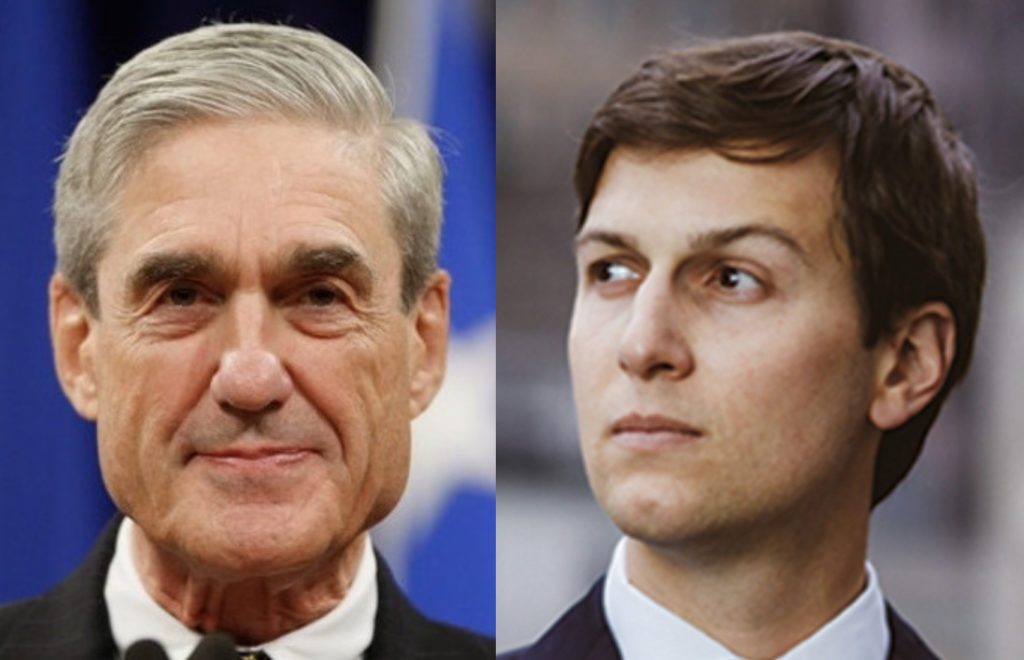 We got a glimpse into Robert Mueller’s grand plan this week when one of his potential witnesses publicly spilled the beans about the ten Trump-Russia names that had appeared on his grand jury subpoena. They’re all people you’ve heard of, and many of them are the people you’ve long suspected the most. The catch is that one of the biggest names in the scandal – Jared Kushner – is missing from the list. So what’s really happening?

Former longtime Trump adviser Sam Nunberg was subpoenaed to testify before a grand jury about all of his communications with ten specific people: Carter Page. Corey Lewandowski. Hope Hicks. Keith Schiller. Michael Cohen. Paul Manafort. Rick Gates. Roger Stone. Steve Bannon. Donald Trump. That’s an incredible list, and it’s a reminder that the Trump-Russia criminal conspiracy is indeed every bit as deep and wide as you’ve always suspected. But why isn’t Kushner on the list?

There are only three possible explanations. The first would be that Mueller isn’t pursuing Kushner, but based on what’s overwhelmingly been reported, we can rule out that possibility. The second would be that Kushner has already secretly cut a plea deal, and he’s been left off for that reason. But even if Kushner has cut a deal, it seems likely that Mueller would include his name on these kinds of lists anyway, just to avoid tipping off to Trump that Kushner has flipped on him. That leaves us with the third, and most likely, explanation.

We’ve already seen that Robert Mueller is operating out of federal court districts in Washington DC and Eastern Virginia. Just because this particular grand jury isn’t targeting Jared Kushner, it doesn’t mean that another Mueller grand jury isn’t targeting him. The key thing to keep in mind with Mueller’s investigation is that we’re still only seeing the pieces of it that happen to become public, and never the full picture behind the scenes.