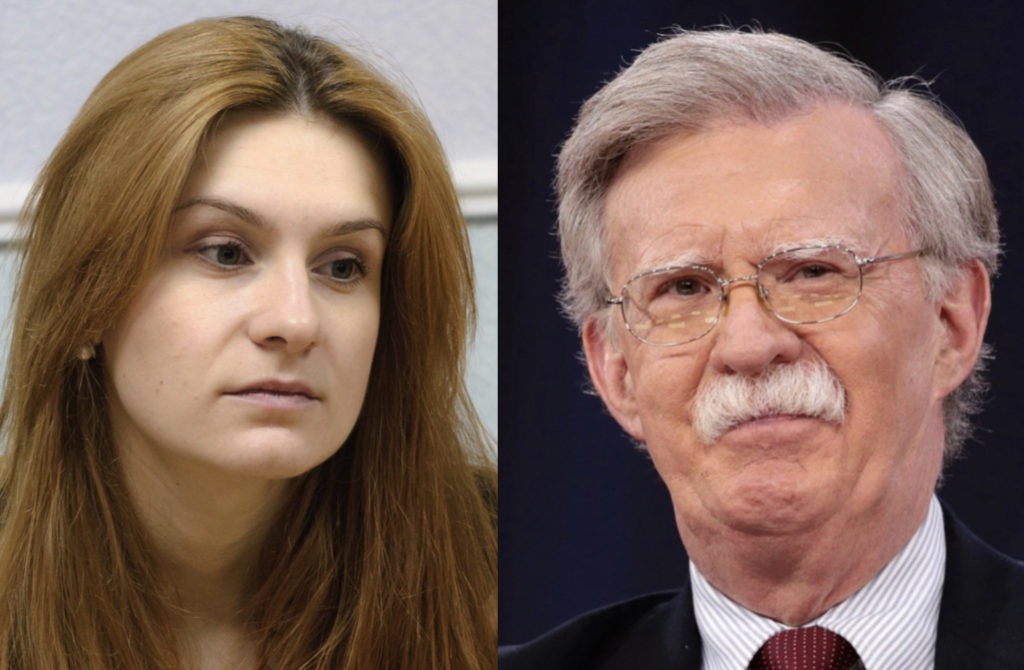 Back when Donald Trump hired John Bolton as his new White House National Security Adviser, various observers thought it was because Trump was preparing to start a war, and he wanted a perennial warmonger like Bolton in the fold. Palmer Report instead pointed to Bolton’s close ties to Cambridge Analytica, which had just gotten busted in the Trump-Russia scandal, and suggested that Trump was bringing Bolton into the White House because he was a key Trump-Russia player. Sure enough, Bolton has now been caught working with arrested Russian political operative Maria Butina.

Leading Democrats in the House just sent a lengthy letter to White House Chief of Staff John Kelly which starts off like this: “We are writing regarding recent reports that National Security Advisor John Bolton, in his former capacity as a top official with the National Rifle Association (NRA), worked directly with a Russian citizen who has now been charged by federal prosecutors with infiltrating that organization and spying against the United States for years.”

The upshot here is that when the White House was vetting John Bolton for the National Security Adviser position, they either learned that Bolton was working with Maria Butina and tried to suppress it, or they did an extraordinarily negligent job of vetting him. This letter appears to be aimed at pressuring Kelly into turning over the records from the vetting process, for fear that he’ll expose himself to obstruction charges if he refuses. But the goal here is to expose that John Bolton was working with a Russian spy before Trump made him National Security Adviser.

This revelation about John Bolton and Maria Butina lends more credence than ever to Palmer Report’s earlier premise that Trump hired Bolton because of the Trump-Russia scandal. Giving Bolton a cushy job would decrease the odds of Bolton cooperating with Trump-Russia investigators, and bringing Bolton directly into the White House would give Trump and Bolton the opportunity to more closely choreograph their defense strategy.