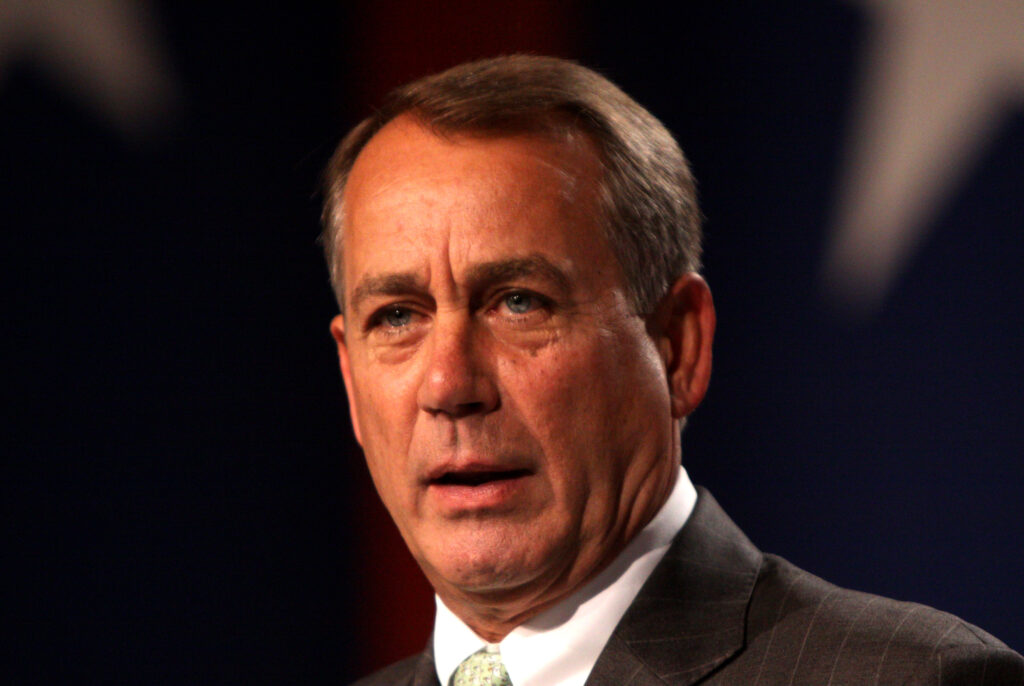 Long before Trump there were harbingers of Trump. These elements of chaos and disaffection spread their messages like half-baked John the Baptists through the GOP, amplified by a right-wing media ecosystem eager to give them pride of prime-time place.

Starting with the likes of Michelle Bachmann and continuing with the whole Tea Party panoply (including the likes of Ted Cruz), a new kind of Republican was growing up, more interested in contention than governance, more vested in advancing their personal brands than serving their constituents. And standing by to give them voice and legitimacy was Roger Aisles’ Fox News.

So contends John Boehner’s new book, “On the House: A Washington Memoir,” “You could be a total moron and get elected just by having an R next to your name,” says Boehner, “and that year [2010], by the way, we did pick up a fair number in that category.”

But it was the ascent of the morons that undermined the traditional Republican Party. So much so that, despite the majority traditional Republicans enjoyed in the Senate, this new “Tea Party caucus” created a divide too deep for them to effectively govern. As for Boehner’s House, where he succeeded Nancy Pelosi as Speaker in 2011, it was likewise very much a House divided. As Boehner once quipped to Pennsylvania Republican Charlie Dent, “A leader with no followers is just a guy taking a walk.”

What made a number of these Tea Party members so hard to work with was their apparent lack of interest in governing. Many were consumed with a headlong ambition to become media stars, and Fox News was only too ready to help them, preferring them to their more conventional, more boring colleagues. Suddenly being a fringe character became a good thing to be, and many cynical and ambitious young firebrands saw it as the fastest way to national prominence.

So began the new pre-Trump Republican Party, already fashioned in the likeness of reality TV, that is, fame without talent, influence without legitimacy. Republicans willing to work with Democrats for the good of the nation suddenly became the “Surrender Caucus.”

So it was into this ready-made petri dish of disaffection and fear that Trump stepped in 2015. Much of the work had already been done by the Tea Party and Fox News. All that was needed to complete the perfect storm of horror that was the Trump presidency was the witless cooperation of the mainstream media, a little help from Russia and James Comey’s unbelievably stupid last-minute interference and, well, the rest, as they say, is history. Boehner’s new book is due out April 13th. And, as ever, ladies and gentlemen, brothers and sisters, comrades and friends, stay safe.