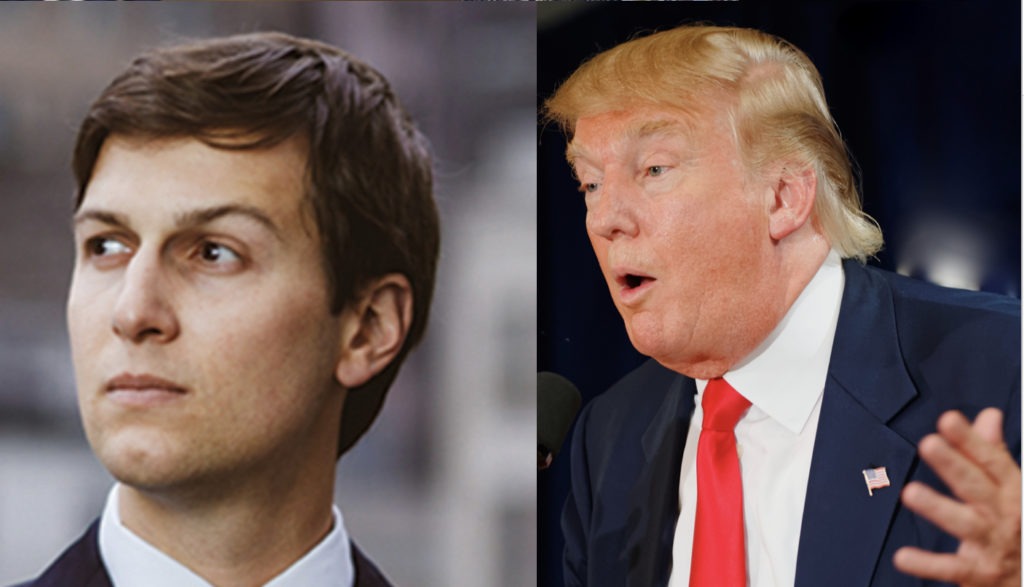 For all of Donald Trump’s threats and theatrics about refusing to concede and refusing to leave peacefully, Palmer Report keeps pointing out that Trump is eventually going to conclude that his softest landing for his inevitable criminal trials will be to indeed go quietly. In fact his current threats are probably just an attempt at carving out a negotiating position for his exit.

The thing is, Trump has little or no leverage when it comes to his exit. It’s over, and the country will move on with or without his blessing. Now CNN is reporting on air tonight that Jared Kushner has begun trying to convince Trump to go ahead and concede. To be clear, story was obviously leaked by Kushner himself.

This means that Kushner wants the public to know that he’s trying to negotiate a conciliatory end to this. Why? Based on his various antics, it’s entirely possible that Kushner will end up being criminally prosecuted once Trump is out of office. Perhaps Kushner is trying to soften the public’s opinion of him ahead of any such charges. Or maybe Kushner knows that he’s about to get a pardon, and he’s hoping the public will feel like he’s earned it or something.

In any case, Kushner keeps proving that he’s as much of a tone deaf idiot as Trump. But it’s notable that even Kushner now fully understands that it’s over, and he apparently wants credit for ending it.

Kushner knows full well that he’s further eroding Trump’s crumbling position by leaking something like this. Kushner is publicly admitting that it’s over for Trump. But when the walls are caving in, it’s every creep for himself.