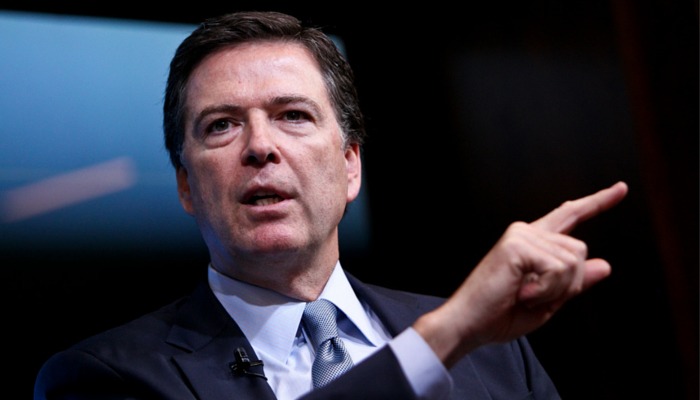 After then-FBI Director James Comey bent over backward to hand the 2016 election to Donald Trump, it took me awhile to come around to the notion that he didn’t do it for corrupt reasons, and that he was in fact just an obtuse idiot with no understanding of how the adult world works. After all, how could someone as bumbling and clueless as Comey have plotted anything?

But now, in the wake of Donald Trump’s deadly domestic terrorist attack on the U.S. Capitol, James Comey is suddenly calling for President Biden to pardon Trump. This is ludicrous, ill-timed, and fully at odds with Comey’s own insistence on law and order. Further, it’s startlingly suspicious.

Comey is taking a position that’s legally unsound and highly unpopular at a time when he’s supposed to be pandering to us to try to sell his new book. He’s throwing book sales away just to try to avoid Donald Trump being put on trial for the crimes he committed in office. Is Trump holding something over him?

Is Comey afraid that a Trump trial will expose the real reason Comey wrote that last minute letter that put Trump in office? Comey has done a stunning level of harm to the United States. Now he’s acting more suspiciously about it than ever. We deserve answers as to why. It makes it all the more important that we put Trump on trial for his crimes in office, so all of the ugly truth can come out.

← Marjorie Taylor Greene goes off the deep endGet your popcorn: Looks like Donald Trump is putting Rudy Giuliani in charge of his impeachment trial defense →
Posting....
Scroll To Top