Donald Trump took his best shot at looking tough on Monday when he called for Democratic Congressman Adam Schiff to be arrested for treason. After everyone got done rolling their eyes at the idiot, he retreated from bombast and ultimately tried taking things in a different direction: weird stuff.

It’s almost difficult to describe the bizarre series of things that Donald Trump tweeted during the course of Monday evening. He posted the results of an online poll from white supremacist propaganda site Breitbart, which purported to show that 98% of Americans support Trump in the impeachment battle. But he was just getting started.

Trump posted a music video that took some of his most embarrassing moments – having his hair tugged, dancing on SNL, and getting humiliated in an Oval Office meeting with Chuck Schumer – and turned them into pencil stencils that looked eerily reminiscent of the A-Ha video for “Take On Me” from the 1980s. The whole thing was punctuated by a scene in which a clown get-up was drawn on Schumer: 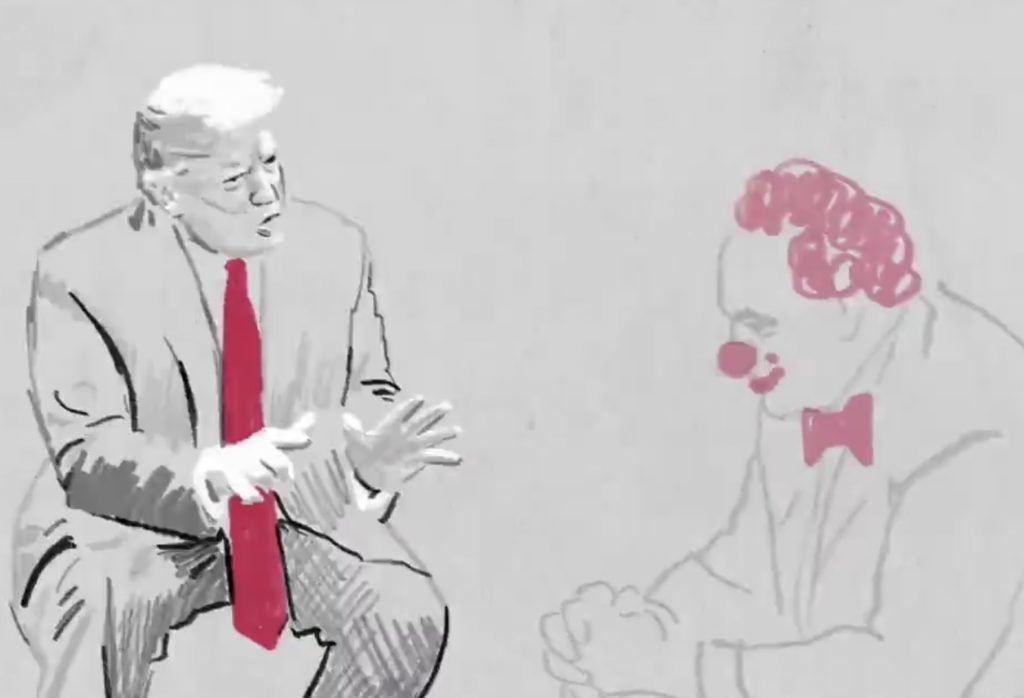 Donald Trump clearly didn’t make this video. But he surely signed off on these increasingly bizarre tweets when his handlers brought them to him as the day went on. It’s not just that Trump is agreeing to have incomprehensibly weird things posted to his Twitter account. It’s that his handlers seem to think he needs this crazy stuff to cheer him up and keep his head in the game. Donald Trump doesn’t need these tweets. He needs medical attention.