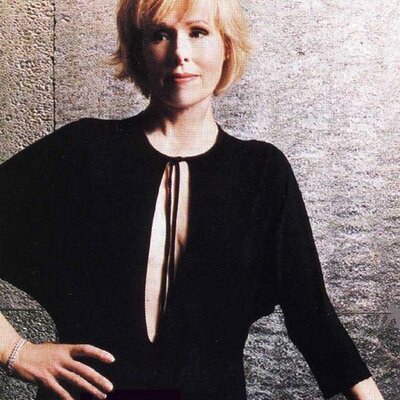 Had E. Jean Carroll stood outside Bergdorf Goodman’s department store in New York City in late 1995 or early 1996 and watched Donald Trump pick up a cinder block, smash the window of her car and steal her purse, that’s the way we would be hearing about it today. The word “allegedly” would be used occasionally, to be sure, but only occasionally. The usual narrative would be about what Ms. Carroll saw, or what she claimed to see. That particular word, “allegedly,” virtually engineered to imply slippery uncertainty, is reserved most often for rape victims.

But what actually happened is E. Jean Carroll stood inside Bergdorf Goodman’s department store in late 1995 or early 1996 and Donald Trump grabbed her, pushed her into a dressing room and savagely raped her. Had it been the cinder block incident instead far fewer people would dispute it. But it was rape, and rape comes with its very own speciously contrived built-in skepticism. After all, many will aver, it’s a case of “he said she said.” There were no witnesses.

Yes there were. There were two witnesses, in fact. And we are reasonably certain Ms.Carroll is telling the truth because she is a truthful woman and at least 97% of rape victims tell the truth. The other witness was Donald Trump who denies the rape. And we know he’s lying, not only because he lies the way the rest of us breathe, but because he’s fighting tooth and nail to keep the civil court from getting its hands on his DNA.

You see, Ms. Carroll still has the original dress she was wearing when Trump raped her. Unwashed. With her assailant’s DNA still on it. If Trump were innocent his DNA would exonerate him. In fact, if Trump were innocent he would savagely insist the court have his DNA right now and this very minute, and he would trumpet and parade his innocence over and over. We would never hear the end of it. But he’s not innocent. He’s guilty. We know this not just beyond a reasonable doubt but beyond all shadow of a doubt, because we know Donald Trump.

Had all this happened in Britain and Trump were a British citizen he would be under indictment on criminal charges of what is known as “historic rape.” Historic so-called not because it’s part of the grand panorama of history but because it happened a long time ago. And the Metropolitan Police would already have Trump’s DNA whether he liked it or not. But Trump raped her in America, and an outmoded bit of legal folderol known as the statute of limitations makes it all moot. He cannot be criminally charged for rape. The best Ms. Carroll can hope for is to take him to civil court and sue him for present day slander because of the highly personal and insulting way Trump denied that he raped her.

I once told you, brothers and sisters, that I am a liberal in appearance only. My first principle is a moral one. Morality and not party drives my politics. As such I call balls and strikes, and if I’ve called nothing but balls on the Biden Administration it’s because they keep getting it right. But this time I call a big fat right-down-the-middle strike. It appears that the Justice Department is taking it upon itself to defend Donald Trump’s right not to submit his DNA. Yes, you read that correctly.

On the theory that Trump was an “employee” of the government and federal employees cannot be sued for slander, without passion or prejudice the DOJ feels it is duty bound to defend him. I say poppycock. They can jolly well stay the hell out of it and no one is harmed, least of all justice. There are times when the law needs human beings doing the interpreting, and this is one of them. Mr. Garland’s DOJ got it wrong this time. It’s just that simple. I stand with E. Jean Carroll. And, as ever, ladies and gentlemen, brothers and sisters, comrades and friends, stay safe.