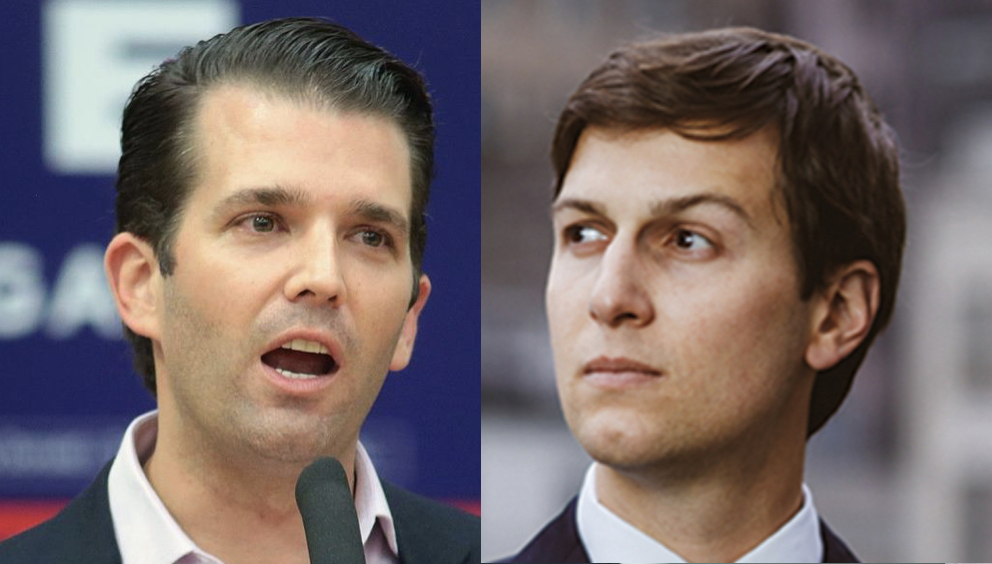 Paul Manafort and Special Counsel Robert Mueller have tentatively agreed to a plea deal, and while we don’t yet know if that deal will officially require Manafort to cooperate with the Trump-Russia investigation, that part doesn’t matter. Manafort is doing this in the hope he might get out of prison before the end of his natural life, meaning he’s going to sell out everyone he can sell out. That’s an instant nightmare for at least two members of Donald Trump’s family.

Donald Trump Jr is in seventeen kinds of legal trouble over his Trump Tower meeting with Russian government representatives during the election. His own emails reveal that he went into that meeting seeking dirt on Hillary Clinton, which means he attempted to receive stolen goods, and he attempted to receive foreign items of value on behalf of a campaign – both felonies. But these kinds of criminal cases are always made much stronger by a cooperating witness.

So let’s recall who was in the Trump Tower meeting along with Donald Trump Jr. His brother in law Jared Kushner was there. So was Paul Manafort. This means the Manafort deal can give Robert Mueller a witness who was in the room during that meeting, and who can testify to precisely what was said between Junior, Kushner, and the Russians. Manafort can sell out two of the top targets in the Trump-Russia probe, and shave years off his prison sentence, without necessarily having to sell out his own favorite Russian oligarch.

This is before getting to the question of whether Paul Manafort witnessed Donald Trump being told about the Trump Tower meeting beforehand, which would prove that Trump was in on the criminal conspiracy.