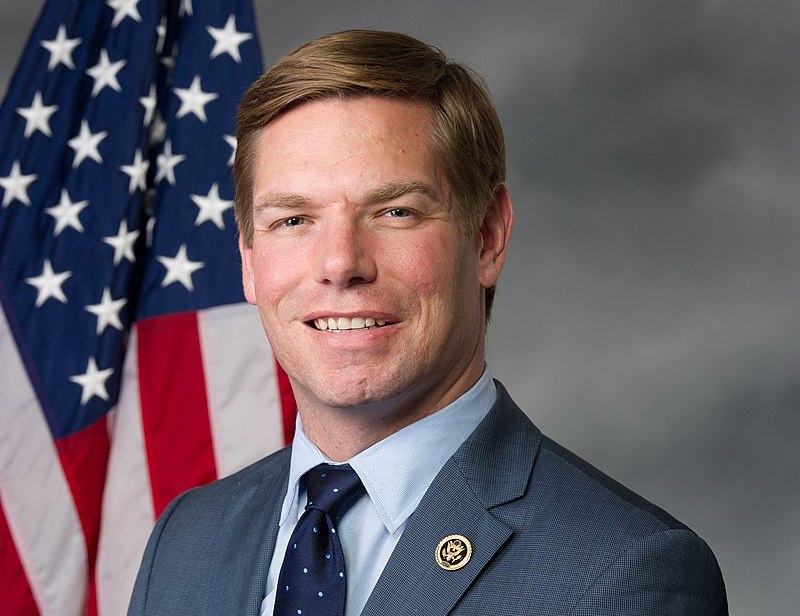 Even though nothing works that way, Donald Trump decided to announce today that he’s going to simply show up to the House and give his State of the Union address without the House’s permission. Speaker Nancy Pelosi promptly told him to a take a hike accordingly. This prompted Democratic Congressman Eric Swalwell to pile on with one of his best lines yet.

There is nothing funny about Donald Trump’s government shutdown, or the nearly one million federal employees who have stopped getting their much needed paychecks, or any of the other negative consequences of Trump’s hostage-taking. But Trump loves to keep his braindead base fired up with simplistic zingers and such, so there is something to be said for firing back accordingly and exposing him for the witless one-note buffoon that he is.

Accordingly, after Nancy Pelosi rejected Donald Trump’s latest request to show up and give the State of the Union, Eric Swalwell fired off this zinger at Trump: “Take a hint. She’s just not that into you and your shutdown.”

Swalwell also went on to explain some of the logistical reasons why Donald Trump shouldn’t be allowed to give his State of the Union address while he’s refusing to allow employees to get their paychecks: “As the son of a cop, I deeply respect our law enforcement officers. No cop should have to work without pay to protect a ‘national security event’ speech. Let’s open up government. Until then, don’t risk your lives for free for me.”