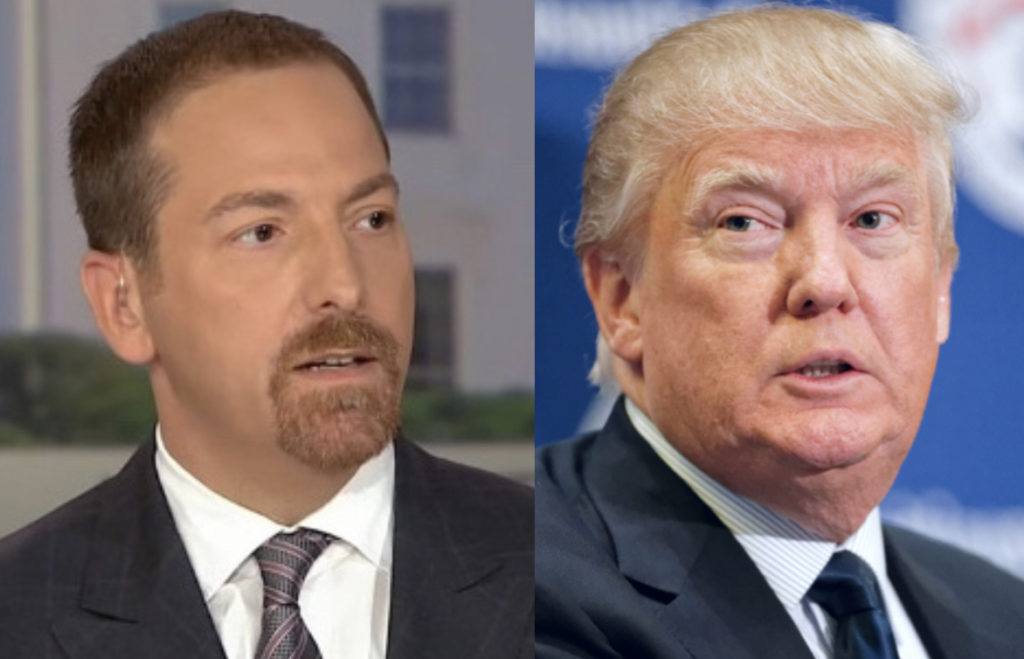 This week, Democratic Congresswoman Alexandria Ocasio-Cortez somehow managed to create a controversy in the media by merely stating a fact that most of the mainstream media has been afraid to say in exact words: Donald Trump is running “concentration camps” full of immigrant children. Trump’s camps are not death camps, they’re not extinction camps, and they’re in no way comparable to late stage Nazi Germany – but they’re absolutely concentration camps – and various Holocaust experts have weighed in to agree.

Meet The Press host Chuck Todd, who routinely tries to make himself look “balanced” by hitting strong Democrats harder than he hits weak Republicans so they’ll look equally bad, acknowledged on-air this week that Ocasio-Cortez was correct. But Todd insisted that she was somehow doing a great disservice to the kids in Trump’s concentration camps by accurately calling them “concentration camps.”

This inexcusable idiocy caused Chuck Todd’s name to trend atop Twitter for most of the day, as everyone piled on about how out of line he was. The names of previous Meet The Press hosts such as Tim Russert also began trending, as everyone pointed out that Todd didn’t measure up to them. At the time, it appeared that Todd was merely trying to punish Ocasio-Cortez for (accurately) getting out ahead of the media’s preferred narratives. With some notable exceptions, the media has yet to fully embrace the horror of Trump’s camps, and has instead largely been clinging to other Trump narratives that are more ratings-friendly. But now the story has changed altogether.

CNN reported today that Chuck Todd has landed none other than Donald Trump as his scheduled guest for Meet The Press this weekend, for the first time. How convenient. We suppose we should have seen this coming. It’s not yet clear if Todd disingenuously attacked Ocasio-Cortez as a way of trying to convince Trump to say yes to the interview, or if Trump had already agreed to the interview and Todd was just trying to make sure Trump stuck to it. Either way, this means Todd wasn’t merely being disingenuous; he was being full-on corrupt in his commentary. NBC should fire Todd for playing games with kids’ lives – but that’s not going to happen as long as Trump is rewarding NBC for Todd’s corrupt behavior.

← The one key difference between Donald Trump’s 2016 and 2020 campaignsThe government of Iran just called Donald Trump’s bluff and exposed how weak he is →
Posting....
Scroll To Top