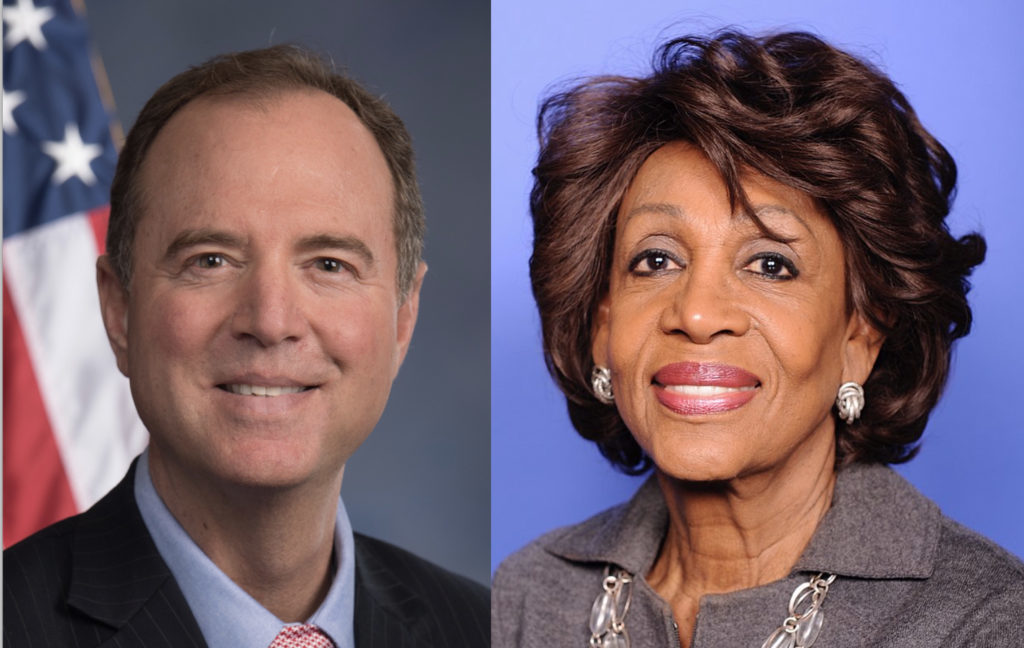 When the Democrats won the majority in the House of Representatives in the 2018 midterms, it gave them control of every House committee, along with the investigative subpoena power and public hearings that come with it. One of the big questions, from outside observers at least, has been whether these committees would be able to work together harmoniously to expose Donald Trump’s numerous crimes. We just got a big piece of that answer.

The House Intelligence Committee and its Chair Adam Schiff are tasked with investigating Donald Trump’s criminal ties to Russia, which includes Trump’s suspicious loans from Russian money laundering bank Deutsche Bank in Germany. The House Financial Services Committee and its Chair Maxine Waters are tasked with investigating Trump’s financial ties to Russia, which includes those same Deutsche Bank loans. So is there going to be some kind of territorial battle between Schiff and Waters? As it turns out, it’s precisely the opposite.

Adam Schiff announced today that he and Maxine Waters are teaming up to have their respective committees run a joint investigation into Donald Trump, Deutsche Bank, and Russia. Sure enough, Deutsche Bank has already heard from Schiff and Waters about cooperating with the investigation. Considering that the bank is facing money laundering charges from all sides and its headquarters was recently raided by German authorities, it’s in no position to try to avoid cooperation.

So now we have our first glimpse at how the various House committees tasked with investigating Donald Trump will coordinate their efforts. The various incoming committee chairs have spent all month publicly promising to work together for the greater good of taking Trump down, and now they’re doing the same with their actions.

← Nancy Pelosi hits Donald Trump where it hurtsThe GOP Senate revolts against Donald Trump, and Mitch McConnell gets caught in the crossfire →
Scroll To Top