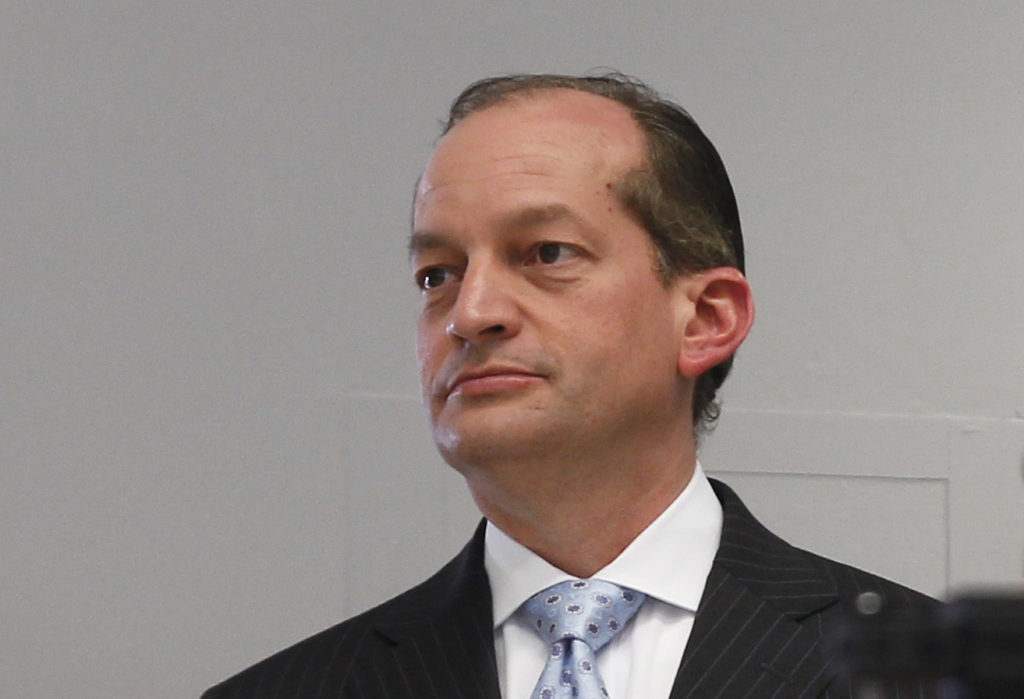 In the league tables of disgraceful calumnies that humans commit against other humans, victim blaming is among the most despicable. It’s the insufferable position of the smugly snide, the self-congratulating, armchair coward. The victim blamer looks for ways to assign part or all of the blame to the victim of a crime, while hypothetically inserting himself in their shoes and bragging about what the victim blamer would do in the same situation. Victim blaming is particularly scurrilous because it enhances the suffering of the victim, rendering their helplessness that much more helpless, their injustice that much more unjust.

After having done all that, the victim blamer has the temerity to demand, without empathy or compassion, certainly without the smallest shred of irony, why the victim didn’t come forward sooner. It is the first refuge of the heartless, ham-handed buffoon, the go-to destination of the morally bankrupt. It’s what Alex Acosta did.

If Donald Trump could actually be said to have a genius for anything, then wherever such creatures as Alex Acosta may slink on the bottom of the barrel of human scum, Donald Trump possesses a positive genius for finding them. Find him he did, and he elevated his scurrilousness by making him Secretary of Labor.

Before becoming Trump’s corrupt Secretary of Labor, Acosta was a venal U.S. attorney for the state of Florida, overseeing a sweetheart deal, in 2008, for serial pedophile Jeffrey Epstein, which required Epstein to register as a sex offender and seve 18 months in prison (of which he served 13). Epstein was also allowed 12 hours of work release from the prison, six days a week. The arrangement, of which the Miami Herald said Acosta gave Epstein “the deal of a lifetime,” has generated understandable outrage in the media and among Florida law enforcement agencies. Clearly, Epstein received preferential treatment.

The problem with that point of view is, there were plenty of victims who came forward. Thanks to Acosta they simply never got their day in court. Victims complained to the Miami Herald that they were not aware of Epstein’s deal, which meant they were never able to appear in court to protest it. Now, thanks to Acosta’s jaw-dropping statement on the matter, they can also add to their baggage of outrage the public perception that they didn’t come forward soon enough. All thanks to yet another one of the “best people” handpicked by the joke in the Oval Office.