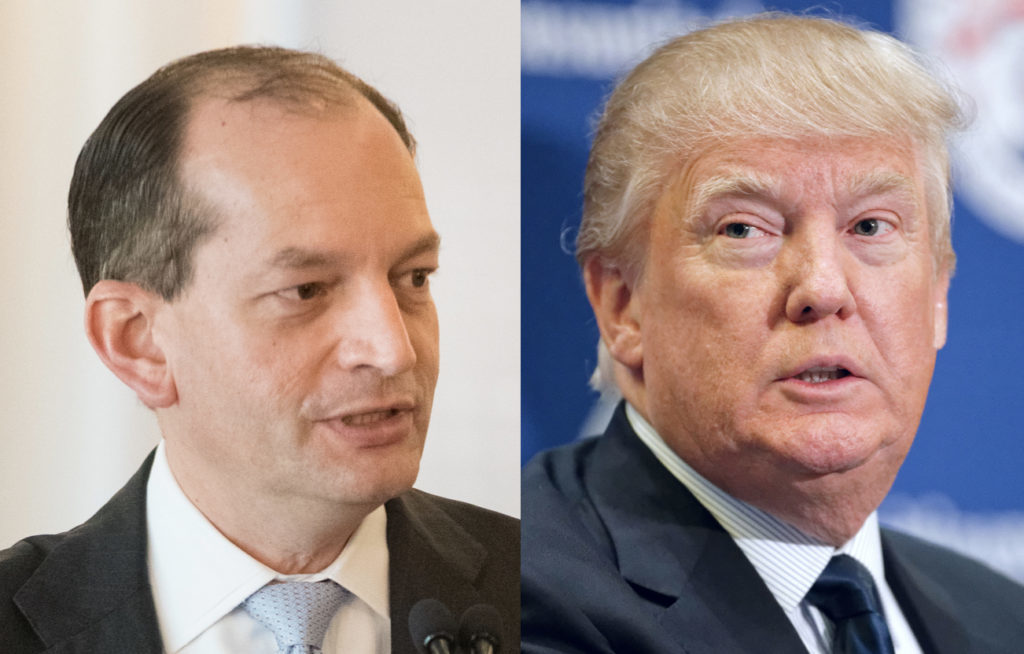 After Donald Trump’s Labor Secretary Alexander Acosta tried and failed to convince the public that he wasn’t at fault in the Jeffrey Epstein scandal, Trump began leaking things about Acosta in order to force him out. That meant Acosta’s resignation was inevitable, and sure enough, it finally happened today. Trump decided he had to be the star of the show as usual, and it didn’t exactly go well for him.

Donald Trump announced today on Twitter that “Alex Acosta informed me this morning that he felt the constant drumbeat of press about a prosecution which took place under his watch more than 12 years ago was bad for the Administration, which he so strongly believes in, and he graciously tendered his resignation.” Okay, so we knew where this was headed even before Trump stood next to Alex Acosta today on the White House lawn while speaking to reporters. Actually, even we didn’t think it would go quite this stupidly.

Trump bent over backward to try to praise Acosta, saying “He’s a tremendous talent. He’s a Hispanic man. He went to Harvard.” Wait, what? This was such a jarringly bizarre remark, “He’s a Hispanic” ended up trending on Twitter as everyone began commenting in disbelief. This is a classic example of a racist man like Trump trying to say something that he thinks will cover up his racism, but only makes it worse. Also, Trump is probably showing his frustration over the fact that he had a token Hispanic man in his racist administration, and now he’s going to need to find another one.

In any case, Alexander Acosta is now gone from the Donald Trump regime. The question going forward is whether Trump’s decision to sacrifice Acosta will be enough for the media and the public to feel satisfied, or if they’ll keep pushing to get to the bottom of the Epstein scandal and expose whatever Trump’s true role might have been.