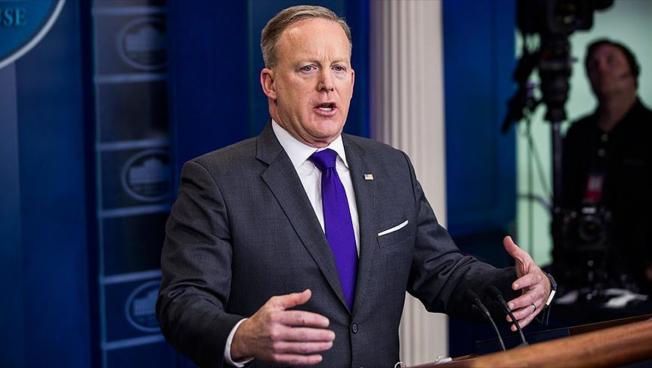 Just how out of control have things gotten this evening, in the wake of Donald Trump having leaked highly classified information to the Russians? According to reporters who are in the White House, multiple Trump senior advisers were overheard screaming at each other in a closed-door meeting in the hours after the story broke.

Based on a series of tweets from White House reporters which have been assembled by RawStory (link), the screaming was coming from a meeting between four senior Trump advisers. Press Secretary Sean Spicer and his deputy Sarah Huckabee Sanders are likely already at odds amid rumors she may get his job. Steve Bannon, also on the outs of late, was also in the meeting. The fourth attendee was Spicer’s boss, White House Communications Director Michale Dubke.

It’s not clear who was screaming at whom. But it has been stated that at one point the advisers in the meeting turned a television really loud in an apparent attempt at preventing the reporters outside from being able to hear what they were screaming at each other about. So when Republican Senator Bob Corker stated his view this evening that Donald Trump and his White House are out of control (link), he was right on the mark.

With Donald Trump now having erased any possible doubt that he’s a Russian asset, and with his White House staff now having a total meltdown as a result, it’s no longer clear who if anyone is running the executive branch of the United States. As for what happens next, that’s anyone’s guess. Stay tuned.