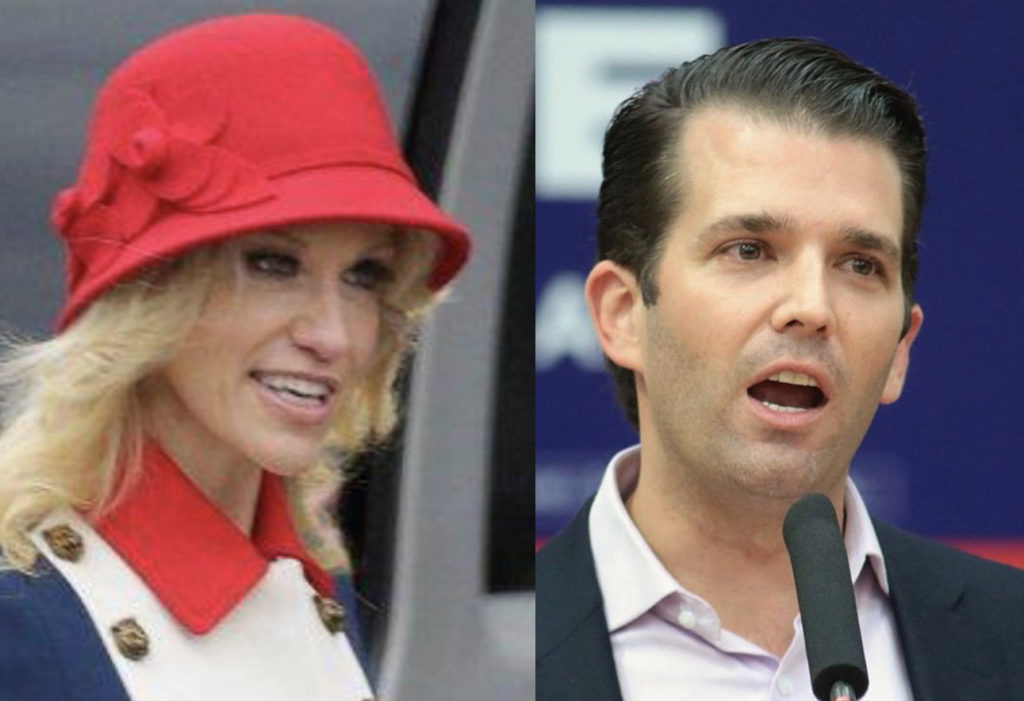 For months, investigators have been seeking to determine precisely how Russian hackers were spreading propaganda and disinformation during the election in order to help Donald Trump. Now we have a definitive answer: Trump’s own advisers and family were spreading that Russian propaganda in plain sight, and they weren’t even trying to hide it. Donald Trump Jr and Kellyanne Conway among others are now in serious, serious trouble.

Russian hackers were using a Twitter account named @Ten_GOP to spread pro-Trump propaganda during the election. The account claimed to represent Tennessee Republicans, but the Trump campaign – which was working closely with the Republican Party during the general election – would easily have known that this wasn’t the case. Yet according a new Daily Beast profile by way of Russian dissident news outlet RBC (link), several of Trump’s own top people were actively retweeting that Twitter account in organized fashion in the days before Election Day.

Kellyanne Conway, who was Trump’s campaign manager at the time, retweeted the @Ten_GOP. So did Donald Trump Jr, as well as the Trump campaign’s digital director Brad Parscale. This cannot have been a coincidence. While there’s not yet proof that Trump’s people knew they were retweeting a fake Russian account, they’re very short here on plausible deniability. Moreover, it is clear that Trump’s people were organizing their efforts to retweet this particular account.

If it can be proven that these members of Donald Trump’s campaign and family were indeed aware that this particular Twitter account was being run by Russian hackers, then that alone will prove that they colluded with a foreign enemy to try to influence the outcome of the election. This in turn would give Special Counsel Robert Mueller significantly increased leverage in his comprehensive effort at getting everyone under Trump to flip on him.

← Investigators have figured out how to break Michael Flynn and get him to flip in Trump-Russia scandalThe real reason Donald Trump wouldn’t acknowledge U.S. soldiers killed in Niger: it was a Russian military op →
Posting....
Scroll To Top