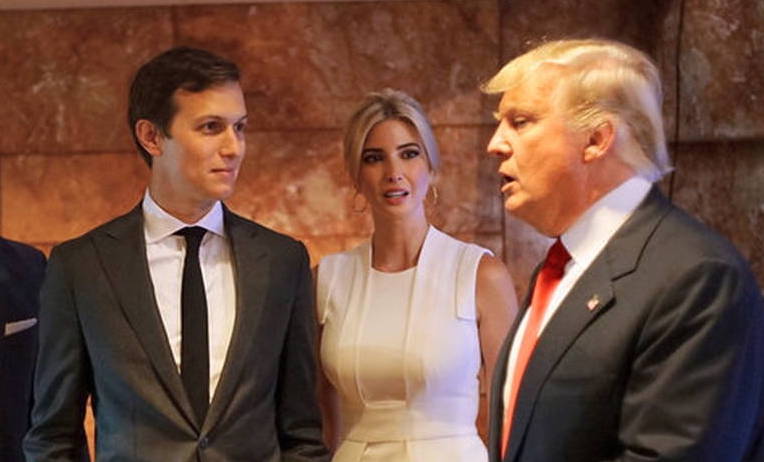 The email account in question belonged to the Kushner family business. Jared Kushner and Ivanka Trump both used that shared account on a regular basis for the kind of official business that the NSA had warned them to only conduct via government email accounts, according to a new Politico report (link). This makes for a far more complex, and much more sinister, private email scandal than had previously been known. Ivanka and Jared could have feigned ignorance in their use of their own respective personal email accounts. But there’s no explaining away why they are also using yet another private email account as well. This wasn’t incompetence; it was a strategy to hide something.

The White House is now turning over to investigators what it claims are all of the emails in question. But considering the routine dishonesty of Donald Trump’s White House, and how obvious it is that Jared and Ivanka were trying to hide something by using all these layers of private email accounts for government business, it can’t be assumed that all of the emails in question are actually being turned over.

Moreover, the Donald Trump White House private email scandal has now become one of the most ironic scandals in American political history. Trump spent the entire election flat out lying about Hillary Clinton’s perfectly legal use of a private email server, for which she had been fully cleared by the FBI. Now it turns out Trump and his family are guilty of a sinister, and possibly illegal, private email scandal whose full depths are still unknown.