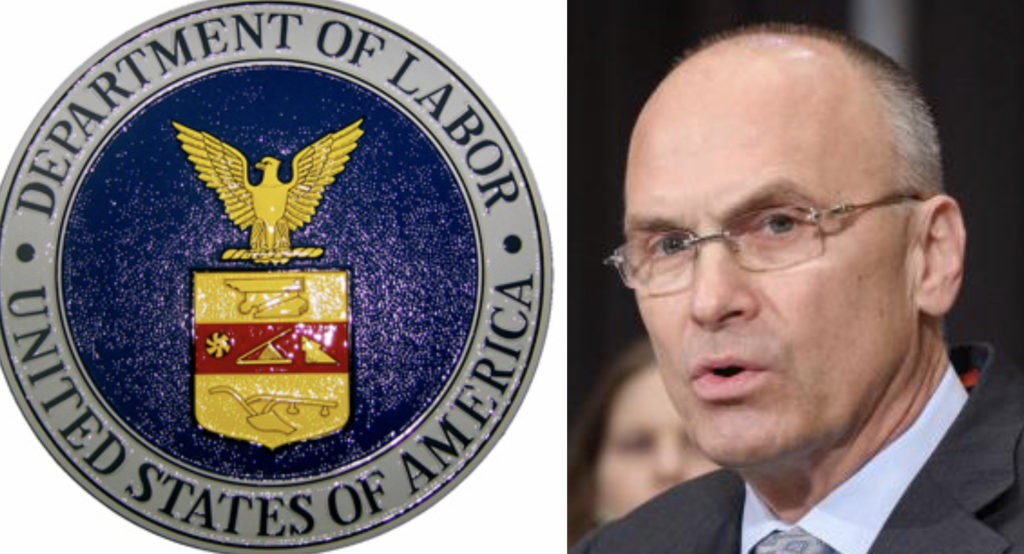 Andrew Puzder gave up his job as CEO of Hardee’s and Carl’s Jr to become the Secretary of Labor for the Donald Trump administration. But then he failed to obtain that job when his confirmation hearing went down in flames amid allegations he abused his former wife. Now it appears Puzder has nothing to do, and too much time on his hands. Way too much time on his hands.

Puzder began a conversation by engaging in a Twitter feud with a newspaper reporter who was posting data about the fast food industry that he didn’t like, and by the end of it, Puzder was feuding with an anonymous Twitter account that claims to becoming from inside the Department of Labor (we recommend Puzder try Twitter for Dummies). If this account is indeed legitimate, then Puzder would have been this person’s boss – and yet instead they’re feuding on Twitter.

Lydia DePillis of the Houston Chronicle tweeted that “Eating out has grown much faster than dining in since 1960, despite periods of low growth” and she provided accompanying data (link). This led Puzder to fire back with “Current events: We’re in a restaurant recession. Low GDP while competing with grocery stores and delivery. Increasing prices is very tough” (link). DePillis retorted with “Job growth in food service is still comfortably above average” and cited even more data (link). This caused Puzder to go on the defensive by tweeting “For creating jobs you would think the sector would be praised. As operating costs rise, job growth will slow.” But then things got surreal

The anonymous “Alt_Dept. of Labor” account interjected and hurled the following at Puzder: “You want to replace your employees with burger making robots” (link). At that point Puzder began attacking the Alt-Labor account: “Simply false. Explaining why something is happening is different than supporting it. Wake up and smell the fake news” (link). And so now we know the kind of Labor Secretary Andy Puzder would have been: the kind who yells “fake news” at any facts he doesn’t care for – just like the guy who tried to appoint him. Contribute to Palmer Report