Tourists at the White House received a surprise when Donald Trump jumped out at then and yelled “hiya!” while striking a clownish pose with his arms, before standing for photos with children. But it turns out Trump himself may be in for the biggest surprise of all, once he figures out that he was unknowingly standing under a giant painting of his rival Hillary Clinton.

Hillary’s painting is still on display in the White House from her time as First Lady. Trump seemed to suffer from a lack of situational awareness when he decided to surprise those tourists who were taking the White House tour, because the visual ended up looking like this: 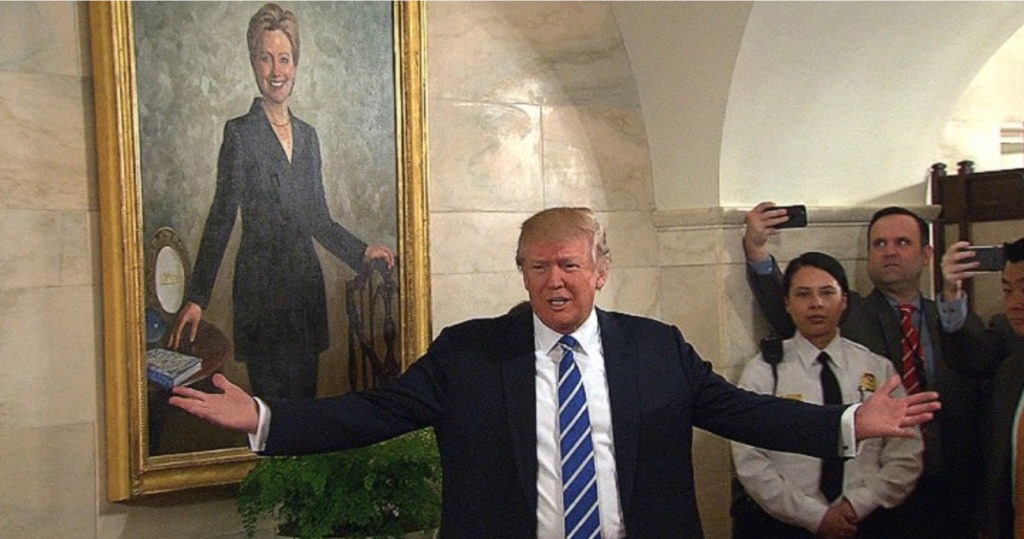 Believe it or not, the above image is in fact real. We took it from a screen capture of a CNN clip of Donald Trump surprising the White House tourists yesterday. Trump lost the popular vote to Hillary Clinton by nearly three million votes, and he’s since spent significant time trying to explain it away. And now it seems Hillary is still lording over him in the White House, in this instance literally. Contribute to Palmer Report