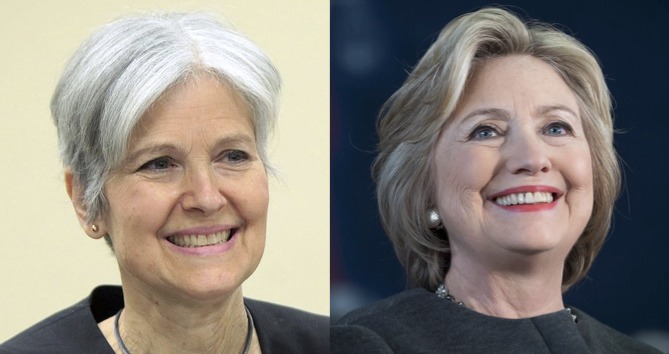 Good luck trying to find common ground between Hillary Clinton’s supporters and Green Party candidate Jill Stein. Clinton’s base consists of pragmatic mainstream liberals. Stein’s base largely consists of absolutists on the far left. But if there’s one thing they can all agree on, it’s that something is off with the supposed voting tallies in the 2016 election, particular in a handful of key swing states where the inconsistencies are multiplying. As such, Hillary supporters have come out of the woodwork on Wednesday night to fund the costs of Stein’s recount effort.

Although it’s not widely known, candidates who request a state level recount have to cover the manpower cost. The Jill Stein camp is estimating that it’ll cost around $2.5 million to pay for recounts in Wisconsin, Michigan, and Pennsylvania, three states where irregularities have been aplenty, and where the supposed final margin is razor thin. If the recounts reveal that Hillary Clinton won all three of those states, then she – and not Donald Trump – will become President of the United States.

As of 7:00pm eastern time on Wednesday evening, Jill Stein’s recount effort had raised around $500,000. Right around that time, Hillary Clinton’s supporters began organizing an online effort to help fund the effort. And just one hour later, the total had doubled to more than a million dollars. That’s still just 40% of the way to the estimated cost of funding all three recounts, with the Wisconsin deadline looming in just a day and a half. Jill Stein’s recount donation page can be found here.