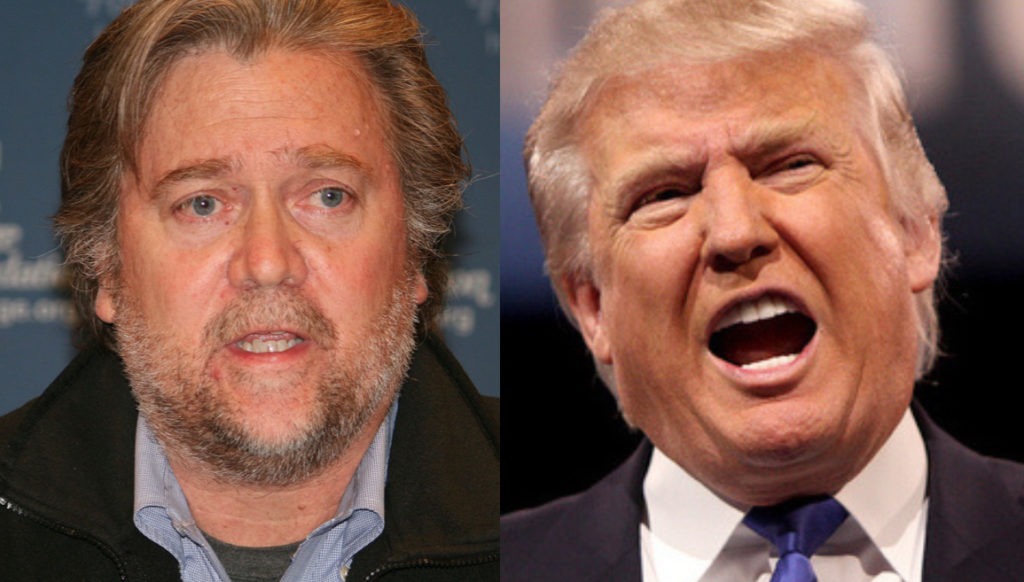 In the forty-eight hours since Donald Trump fired White House Chief Strategist Steve Bannon, we’ve already seen Bannon return to the helm of his alt-racist publication Breitbart. We’ve also already seen Trump publicly kissing up to Bannon out of fear of retaliation. And now we’re seeing that it’s not going to do Trump one bit of good, as Bannon is already using Breitbart to try to get revenge on Donald Trump’s White House.

Not surprisingly, Bannon is using his initial Breitbart salvo to target the guy he was feuding with at the time of his firing. National Security Adviser H.R. McMaster had recently fired three of Bannon’s allies from the National Security Council as a way of trying to nudge him toward the door. And so now Bannon’s Breitbart is accusing McMaster of being a “Quran-kissing” Muslim sympathizer.

The real story is that McMaster has simply endorsed a new book which argues against purposely treading on Muslim beliefs as a way of fighting terrorism. But in the fringe racist world of Breitbart, that appears to amount to some kind of cardinal sin. Moreover, Trump’s base, which largely overlaps with Breitbart’s base, may come to view McMaster – and by extension Trump – as being too cozy with Muslims for their liking.

And so for now it appears that Steve Bannon’s goal is to use Breitbart to turn Donald Trump’s base against key White House players like H.R. McMaster. If Bannon is able to get his personal enemies ousted from the White House, then we’ll see if he moves on to trying to oust Trump himself. But for now it’s clear that Bannon is looking to pick off the people Trump chose over him. As per policy, we refuse to link to the Breitbart website. But if you want to google the article, its title is “H.R. McMaster Endorsed Book That Advocates Quran-Kissing Apology Ceremonies.”