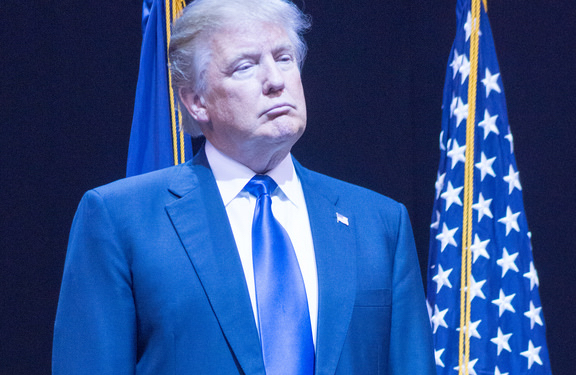 Yesterday we saw a cry for help from Donald Trump’s own staff. One of them admitted to Vanity Fair that Trump has “lost a step” mentally, and that they’re now trying to keep him from doing interviews with anyone but his own few allies in the media. Trump then revealed it to be even worse when he appeared on Fox News last night, and even his number one fanboy Sean Hannity couldn’t prevent him from coming off like a drooling idiot. So what do we do now?

Donald Trump conspired with a hostile foreign government to rig the election in his favor. He’s going to prison once the massively complex criminal case against him is eventually sorted out. In the mean time, we’re stuck with a literal traitor illegally occupying the office of President of the United States – and we’re coming to realize that the Constitution isn’t a magic wand when that President’s party refuses to do its duty by removing him. But now we have another, even more immediate crisis, because this traitorous illegitimate criminal President is also clearly turning into a senile zombie.

This is why the 25th Amendment was created. We have a President who is objectively incapable of carrying out the duties of the office, so he should be removed. But he picked a Vice President who’s involved in the treason scandal and coverup, and he picked a whole lot of cabinet members who are involved in his lifelong financial scandals. These people don’t want to oust Trump, both because they’re in on it with him, and because they have to worry that he might retaliate by exposing their own various crimes.

And yet Donald Trump is little more than a zombie. He doesn’t know what he’s saying, where he’s at, or perhaps even who he is. We’ve reached a point where every day, he acts in even more mentally vacant fashion. Even his own staffers are so worried about how senile he’s become, they’re telling the media about it. Yet the cowards in the Republican Congress and the criminals in his cabinet still refuse to act. As Trump deteriorates even further, they’ll act eventually – but history will not be kind to them for having waited so long.