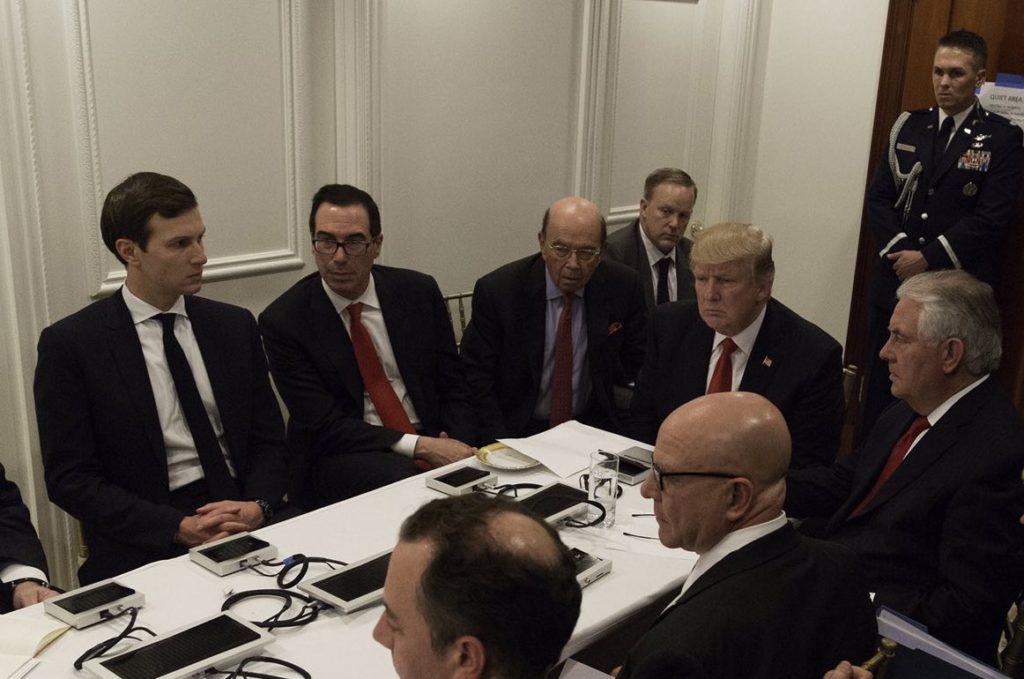 By the time Donald Trump took off for his Mar-a-Lago golf resort in Florida on Thursday, he had to have already known there was pending military action in Syria set up for that evening. So the advisers he chose to take with him on the trip were the ones he wanted to have in the room with him when he gave the order. And based on a photo of the makeshift situation room in Florida, we now know precisely whom Trump chose to have sitting in the seat next to him during the strike.

Take a look at this photo posted to Twitter by White House Press Secretary Sean Spicer: 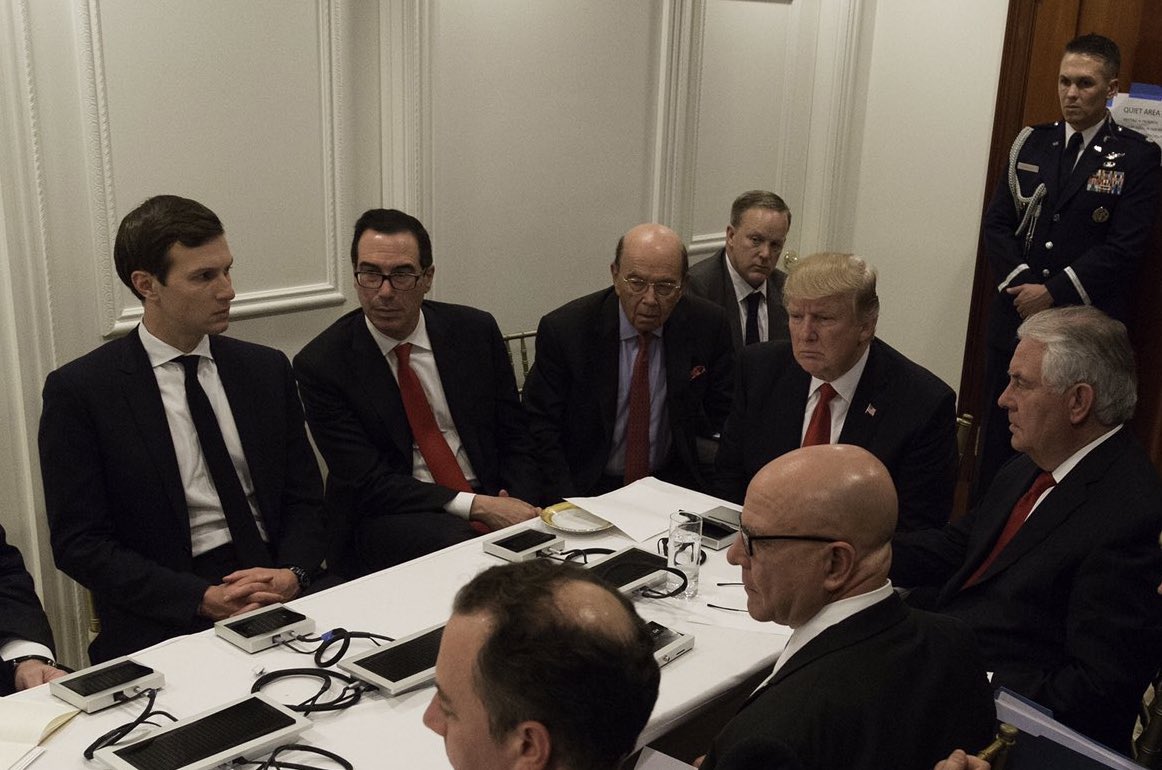 The bald man sitting directly to Donald Trump’s right, viewer’s left, is Commerce Secretary Wilbur Ross. It makes no strategic or political sense on any level for Trump to have chosen the Secretary of Commerce to sit directly next to him while he was overseeing the military action in Syria that he was ordering. But when you consider what Ross’ last job was, things get a whole lot more interesting.

Wilbur Ross was the Vice Chairman of the Bank of Cyprus from 2014 through early 2017, when he resigned to take the job in Trump’s cabinet instead (source:The Guardian). Bank of Cyprus was recently implicated when the State of New York busted Deutsche Bank for laundering billions of dollars of Russian money through Cyprus into the hands of clients in places like New York City (source: CNN). Deutsche Bank is one of the largest and most consistent loaners of money to Donald Trump, who is based out of New York City.

The working theory, not yet proven, is that Russia has been funneling money through Deutsche Bank and Wilbur Ross’ Bank of Cyprus into the hands of Donald Trump for years. In fact I suspect this is at the center of the FBI’s investigation into the Trump campaign and Russia. And on the day Trump knew he’d be taking military action against Russian-controlled Syria, he made sure to take Ross on the trip with him to Florida, and then had Ross sit right next to him during the strike. Draw whatever conclusion you like. Contribute to Palmer Report

← Donald Trump keeps kicking Steve Bannon out of meetings, amid reports he’s about to be firedSyria is second time Donald Trump has dodged Situation Room while ordering military action →
Posting....
Scroll To Top