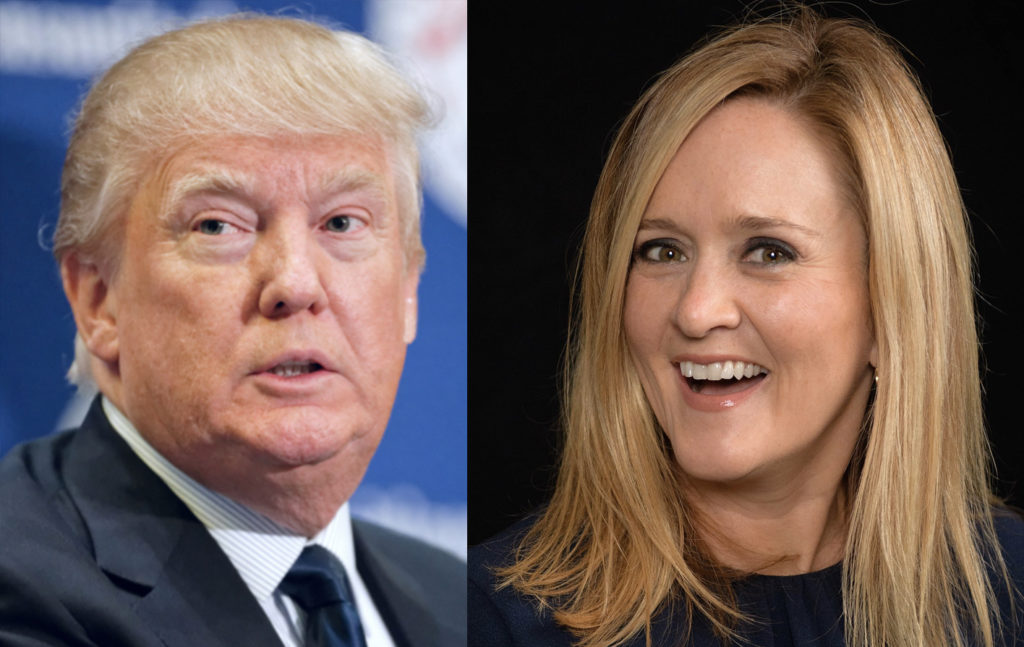 Yesterday, Samantha Bee got herself in trouble for calling Ivanka Trump a “c*nt.” I’ve always been of the opinion that hurling gender slurs at Trump women is the least effective way on earth to try to topple the Trump regime, but to each his own. Sam Bee is smarter than I am, and maybe she knows something I don’t. Either way, the big takeaway here is this is part of a larger pattern of women getting in huge trouble for fighting back against Donald Trump in a manner that might be considered less than 100% perfect. It’s part of an ongoing sexist double standard.

Donald Trump is a career criminal who literally committed treason to get into the White House. He’s also been accused of sexual harassment, sexual assault, or rape by more than twenty women. He’s an evil monster in general and he’s a particularly evil monster when it comes to the threat he represents to women. Yet this worthless piece of crap can seemingly get away with saying anything he wants, no matter how awful. The women fighting against him and his criminal regime aren’t nearly so privileged.

Kathy Griffin saw her career completely derailed simply because she posed with a bloody Trump mask. It was offensive, but that’s all it was. It was quickly and falsely spun into being some kind of violent threat against Trump, which it clearly was not. Suddenly she was having to answer for things she didn’t even do. Michelle Wolf called out Sarah Huckabee Sanders for lying on Trump’s behalf, and because she happened to include a reference to eye makeup in the process, it was falsely spun into an attack on Huckabee Sanders’ physical appearance.

Now we’ve got Samantha Bee hurling a word at Ivanka Trump that’s usually used by men to try to belittle women. It’s not really my place to tell women how to feel about this kind of thing. But there is no evidence that Bee has tried to use her position to hold other women down. So if her joke was inappropriate, then that’s all it was, an inappropriate joke. It’s not a sign that she’s sexist against other women. Context matters here too: Sam Bee was attacking Ivanka Trump for trying to sanitize her father’s ongoing persecution of immigrant children. It was a bad joke with good intent.

The bottom line is that Donald Trump, a rapist and a traitor, can get away with saying and doing whatever horrid things he wants. But the women courageously fighting against him, like Samantha Bee and Kathy Griffin and Michelle Wolf, get in huge trouble if they do it in a less than 100% perfect manner. That alone reveals the sexist double standard at play here. I’m sick of having to watch it play out. I can’t imagine how sick women are of having to live it.