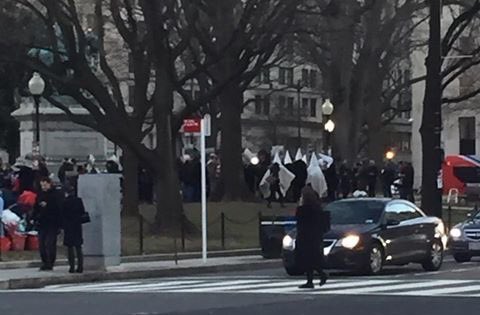 We’ve managed to get to the bottom of it, and the good news is that the Ku Klux Klan has not in fact taken over McPherson Square in Washington DC. The bad news is that the misguided protesters who dressed themselves in full authentic looking KKK attire have led numerous locals to believe that they are the KKK, and that their city was being taken over by hooded white supremacists.

Here’s an example of the kind of photos being posted to social media from local observers in Washington DC who honestly believed they were looking at a KKK rally:

But those who were brave enough to get up close enough to the apparent KKK rally learned that it was actually a group of protesters who were believably dressed as the KKK, wearing Donald Trump masks: 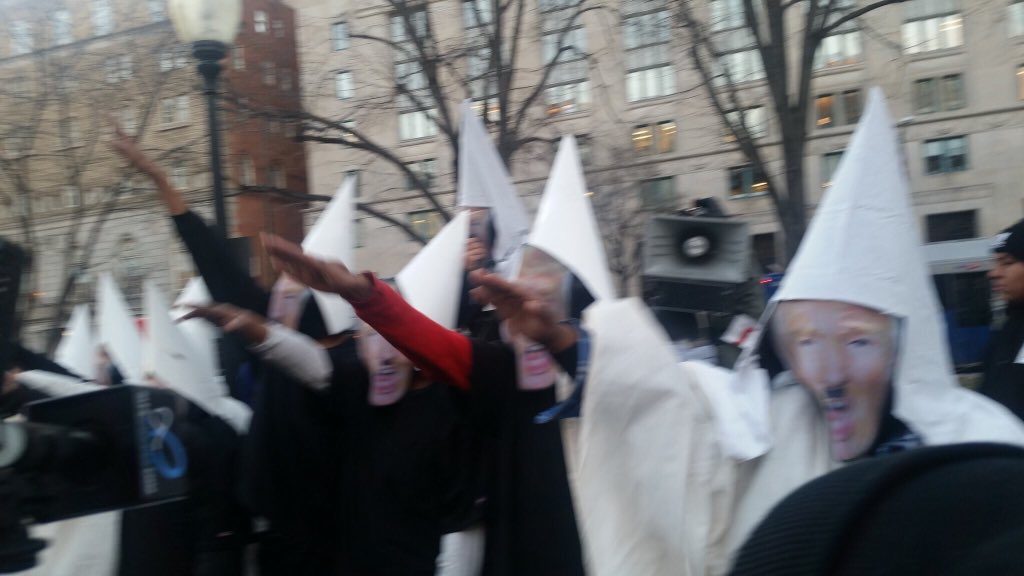 So now we have a definitive answer to that mystery.