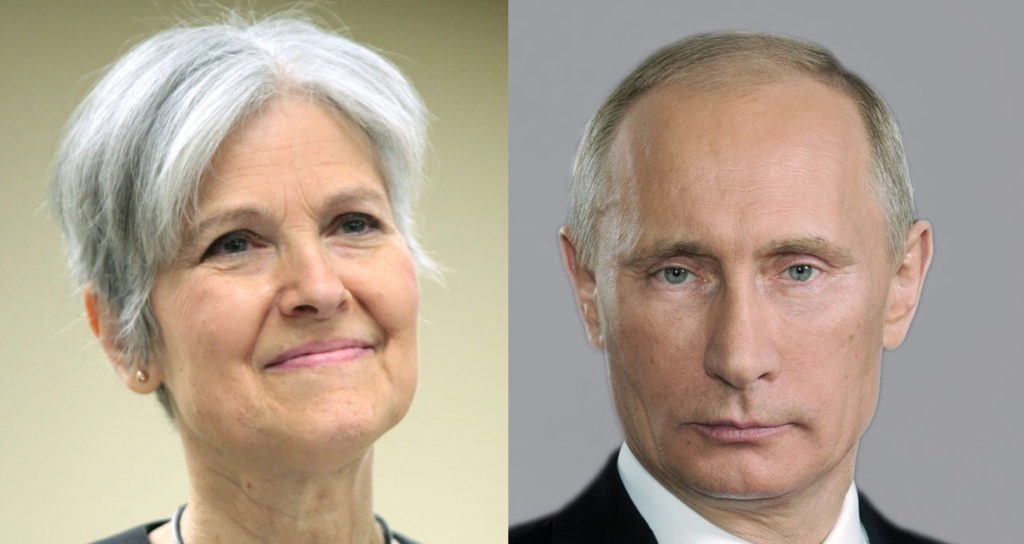 Back on December 10th of 2015, Michael Flynn traveled to Moscow to attend a dinner for the Kremlin-funded outfit Russia Today, and he ended up sitting at the same table as Russian president Vladimir Putin. Shortly thereafter, Flynn became a Donald Trump campaign advisor, and you know the rest of the story. It’s recently been revealed that Flynn was paid a hefty sum to attend the Putin dinner. Also sitting with Putin and Flynn at that same dinner table: 2016 presidential candidate Jill Stein.

It’s becoming increasingly clear that Donald Trump was installed as president of the United States by the Kremlin, and that he’s a Russian puppet. Michael Flynn has already had to resign as Trump’s National Security Adviser due to his collusion with the Russian government, even as three other Trump campaign advisors are being investigated by the FBI for their own alleged Russian collusion. New York Daily News has recently confirmed that Flynn was paid $40,000 to attend the dinner with Putin, an oddly large sum which in hindsight looks like it might have been a down payment for Flynn’s subsequent role as a Russian go-between in the Trump campaign. This raises a serious question which Jill Stein must now answer: did the Kremlin also pay her to be at the dinner? 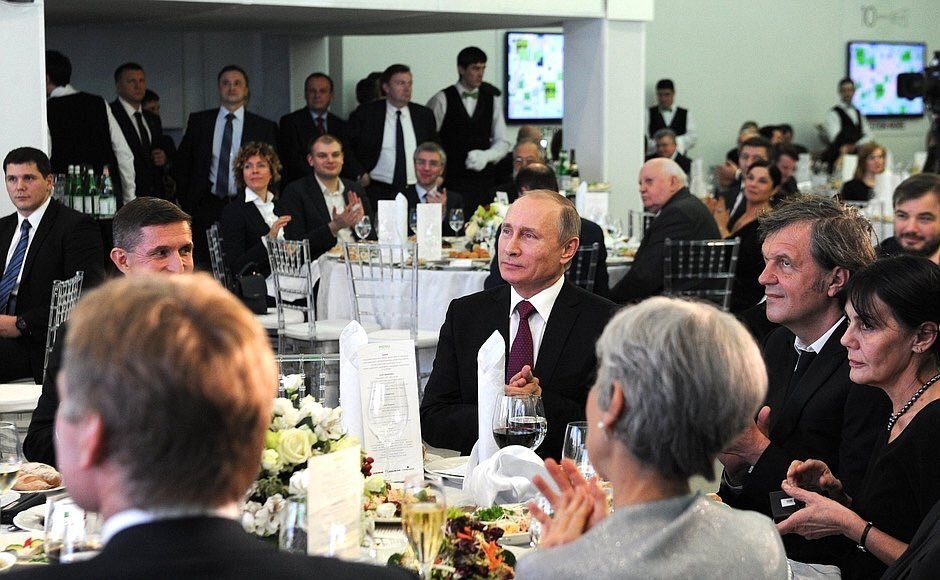 Stein had already been a 2016 presidential candidate for five months by the time she attended the Moscow dinner. And she had already run for president as the Green Party candidate in the 2012 election, so it was always a given that she was going to run again in 2016. If she was paid to be at the dinner, it’s not as if the Kremlin was bribing her to enter the 2016 race. But there’s no getting past the fact that Stein’s candidacy did take potential votes away from Hillary Clinton, thus helping Trump to win.

At the least, it appears Vladimir Putin was attempting to raise Jill Stein’s profile by inviting her to sit with him at a dinner table in front of television cameras. Perhaps Stein only accepted the invitation because she was an also-ran candidate who was eager to raise her political profile by any means possible. But whether she was aware of it or not, Putin appears to have been trying to boost Stein in order to help get Trump elected.

And so, in light of the exploding Trump-Russia scandal which is now threatening the sanctity of our democracy, Jill Stein owes us an explanation as to what the precise circumstances were behind her invitation to dine with Putin. She must come forward and help Americans understand how Putin stole this election. And she can start by telling us whether or not the Kremlin paid her to attend that dinner, just as it paid Flynn.

← Donald Trump advisor Sheriff David A. Clarke was in Russia while Michael Flynn dined with PutinReince Priebus is going down for Trump-Russia obstruction of justice. Who was he trying to protect? →
Scroll To Top