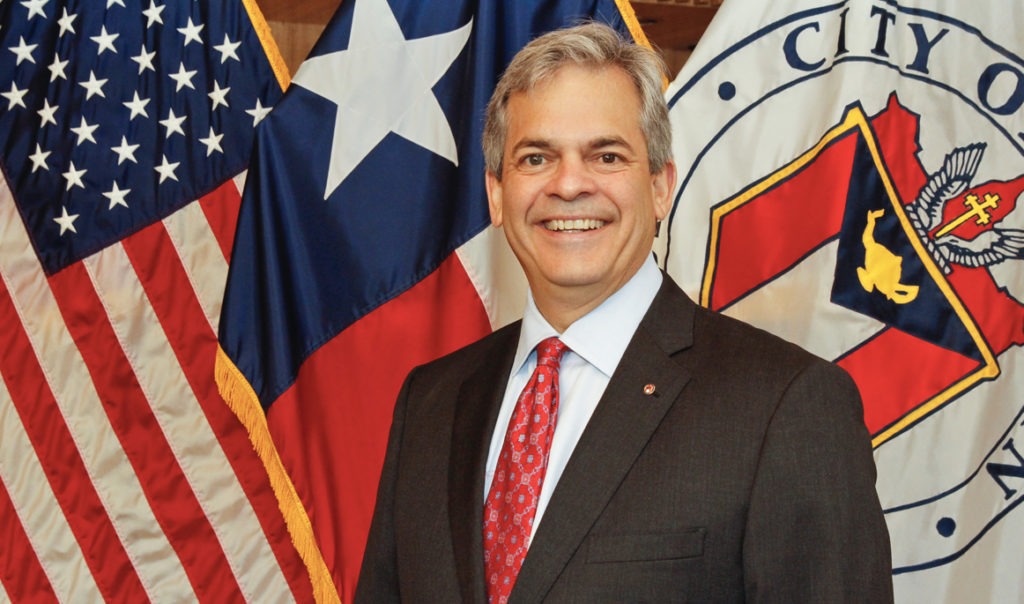 As I reported on May 10th Texas Gov. Greg Abbott is Suing the City of Austin, Travis County and Sheriff Hernandez trying to make his Sanctuary City law constitutional before it takes effect September 1st (link). The SB 4 legislation punishes cities that don’t cooperate with U.S. Immigrations and Customs Enforcement detainer requests and allows local law enforcement to ask for citizenship status during routine traffic stops – an invitation to racial profiling.

After personally checking with a renowned legal scholar my question has been answered. Texas Governor Abbott has had Attorney General Paxton file in a Federal Court to have SB 4 the “Sanctuary City” bill preemptively ordered constitutional so it makes suing all the people and groups I’ve listed below an automatic win-WRONG! You simply can’t do this. “Any competent federal judge would toss Paxton out of court under Article III. The Declaratory Judgment Act doesn’t trump the Constitution.” And believe me, my source is one of the “Go To Sources” for legal advice in the United States.

On Tuesday May 16th, on the south steps of the Capitol, Mayor Steve Adler of Austin and Council Members Ann Kitchen, Leslie Pool, Jimmy Flannigan, Alison Alter, Delia Garza, Katie Tovo, Travis County Constable Stacy Suits, and County Judge Sarah Eckhardt fought back. They were joined by advocacy groups, elected officials from Austin, Dallas, Houston, San Antonio, and El Paso and made it extremely clear that they aren’t backing down. They are all planning to coordinate a “Summer of Resistance” to challenge SB 4.

Council Member Delia Garza attended the rally and stated “Our state has enacted a racist and hate-filled law that will tear families apart and make our community less safe. This is unacceptable and I’m thankful for so many standing here today to fight for our community and we’ll see more signs of this fight soon. If the goal of the (Texas) suit is to intimidate Austin City Council then they don’t know about our Council. This Thursday we are poised to approve a resolution that directs our city legal team to take any legal action necessary to challenge this awful law.”

Austin Mayor Steve Adler affirmed that the cities have the full backing of their police on this issue “The police chiefs of all the major cities in our state came up to the legislature and said don’t pass this law.” Adler and the city of Austin are looking forward to seeing this debate move forward into the courts. “I am really excited to leave the political process and get into court where truth and law rather than politics will hold the day.”

The great news is that Austin, having limited legal resources, will have an arsenal of legal assistance from organizations and cities in Texas. Dallas City Council Member Philip Kingston also attending the rally stated that Dallas would provide legal aide to Austin. “I have to preserve the work of these brave leaders of Austin. We will discuss intervening in the case because we have a large city attorney’s office and we have lots of legal resources.” Besides the assistance from Dallas MALDEF (Mexican American Legal Defense and Educational Fund – link) and the Lawyers for America (link) offered their legal help to any city or public official punished for violating SB 4.

Also attending the rally was Democrat State Sen. Sylvia Garcia of Houston. She promised to stand with the immigrant community throughout the summer to make sure the courts rule on the right side of justice. “It may just start with a broken tail light, but it will lead to a broken family and eventually, broken faith in our system,” said Garcia.

I truly believe this will be a long battle between Goliath going after David. What Goliath always tends to forget is that David holds the sling with the rock of justice and fairness ready to fly with tremendous force from the sling and slay the bigoted, racist and evil Goliath to his demise.

Mayor Adler might just be the mayor of a city in Texas going up against Governor Abbott and the giant State of Texas but he has every other major city, their police and sheriff’s departments and all major human rights organizations standing right beside him. Organizations including HRC- Human Rights Campaign, LULAC- League of United Latin American Citizens and the ACLU- American Civil Liberties are prepared to be another rock to place in his sling as he slays Abbott and the State of Texas.