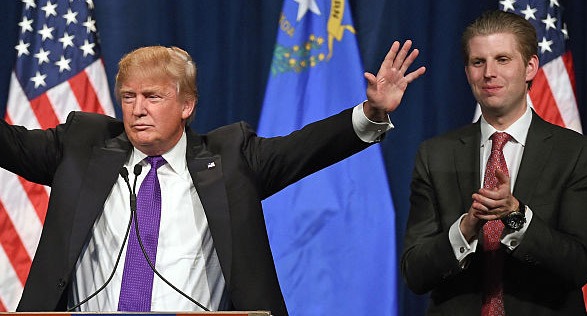 It’s been long documented that Donald Trump’s tweets are actually a combination of things he posts himself and things that at least two different staffers are tweeting on his behalf – and it’s fairly trivial to look up the device attributes and determine which tweets Trump is posting on his own. Yesterday, Trump tweeted eleven different times over a seventeen hour period, and most of them came directly from him. So what does it say that his brief four-word “happy birthday” tweet to his son Eric didn’t come from him?

As has been well documented, Trump tweets from an Android device, and his staffers tweet on his behalf by using iPhones. Donald Trump’s birthday tweet for his son consisted of nothing more than “Happy Birthday @EricTrump!” But he apparently couldn’t be bothered to type it out himself, as the post attributes reveal that the tweet was posted with an iPhone, as evidenced in the image below: 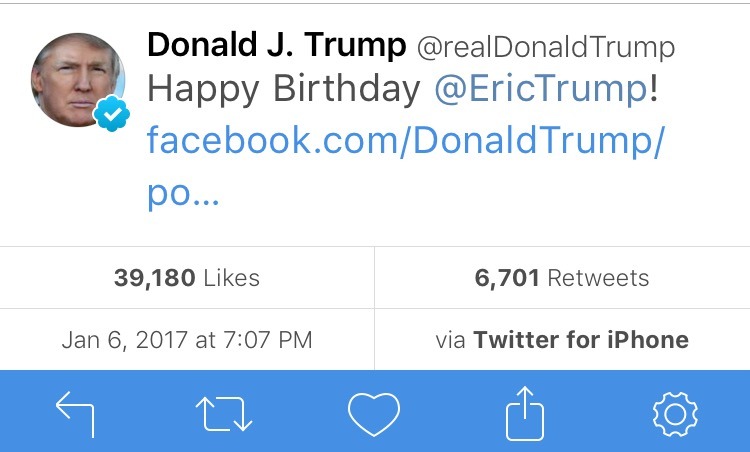 Sure, we get it. It’s just Eric. It’s not like he’s the important son. But still, Donald Trump couldn’t be bothered to post a four word birthday message to his third-favorite son? And the link in the tweet simply goes to a ten word Facebook post, and while there’s no technical way to determine which of Trump’s Facebook posts are written by himself, it tersely sounds like it was written by staff as well. Instead of wishing his son a happy birthday, Trump was busy trashing his pal Arnold Schwarzenegger instead.