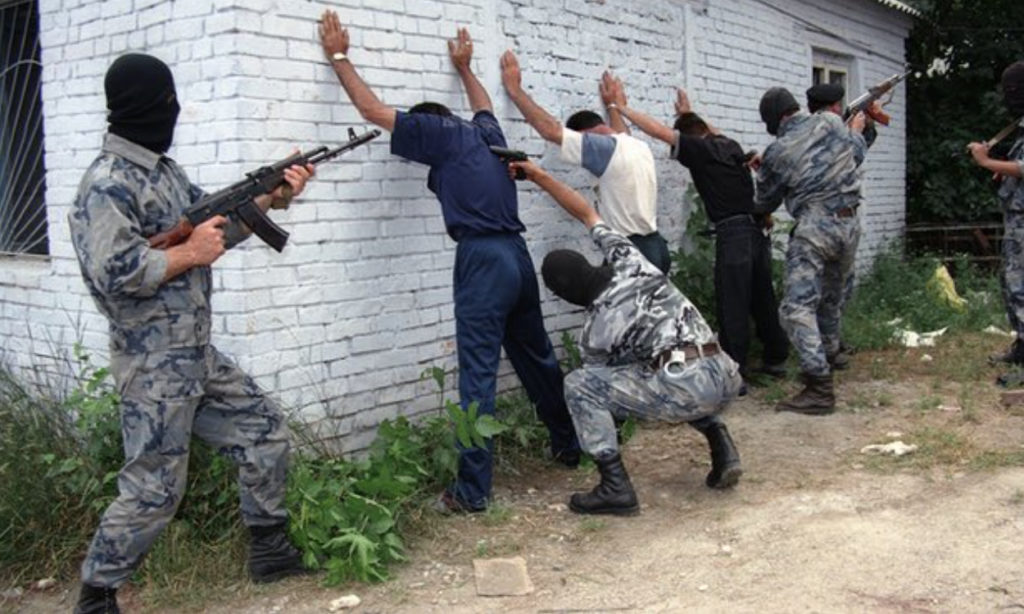 With the start of Ramadan closing in now conditions have worsened in Chechnya. Captors of the gay men are now calling the families of the men and asking them to come to the camp and kill their sons in honor killings or the rebels will do it themselves.

“They tell the parents to kill their child,” said a man, whose identity has been protected over fears for his safety. “They say, ‘Either you do it or we will.’ They call it, ‘Cleaning your honor with blood. They tortured a man for two weeks,” he continued. “They summoned his parents and his brothers who all came. They said to them, ‘Your son is a homosexual. Sort it out or we’ll do it ourselves.’ They replied, ‘It’s our family, we’ll do it.’ The family took him and killed him in the forest. They buried him there. They didn’t even give him a funeral.” (link).

This is happening daily while interrogations and constant forms of abuse are being carried out on the gay victims including electric shock, beatings with rubber tubes and much worse. The men are not even fed. They are only being given the scraps of food left over after the guards at the camp have been fed. The scraps are thrown into a pen where the men are being held and fed like pigs.

A lesbian activist and President of an NGO called “LGBT-Set-Russia” Tatiana Vinnitchenko was interviewed recently and said they currently have had 70 complaints from victims wanting to flee Chechnya and is hoping for help from the United States and Canada.

Deputy Program Director Europe & Central Asia for Amnesty International, Denis Krivosheev, is asking people from around the world to please write immediately and send your appeals before May 16th to stop the murder and torture of these gay men. Here is a link to their PDF form that you can download to write to 3 different committees. 1. Chairman of the Investigation Committee, Aleksandr Ivanovich Bastrykin, Investigation Committee of the Russian Federation 2. Acting Head of the Investigation Committee for the Chechen Republic, Sergei Vasilievich Sokolov and 3. Human Rights Ombudsman of the Russian Federation, Tatiana Nikolaevna Moskalkova, asking them to do the following things.

1. Urging them to carry out prompt, effective and thorough investigations into the reports of abductions and killings of men believed to be gay in Chechnya and to ensure that anyone found guilty or complicit in such crimes will be brought to justice in accordance with the laws of the Russian Federation

2. To take all necessary steps to ensure safety of any individual who may be at risk in Chechnya because of their sexual orientation and to condemn in the strongest terms possible any discriminatory comments made by officials

3. Reminding the Russian and Chechen authorities that they have an international human rights obligation to prohibit discrimination and to investigate and prosecute hate crimes, the most invidious form of discrimination.