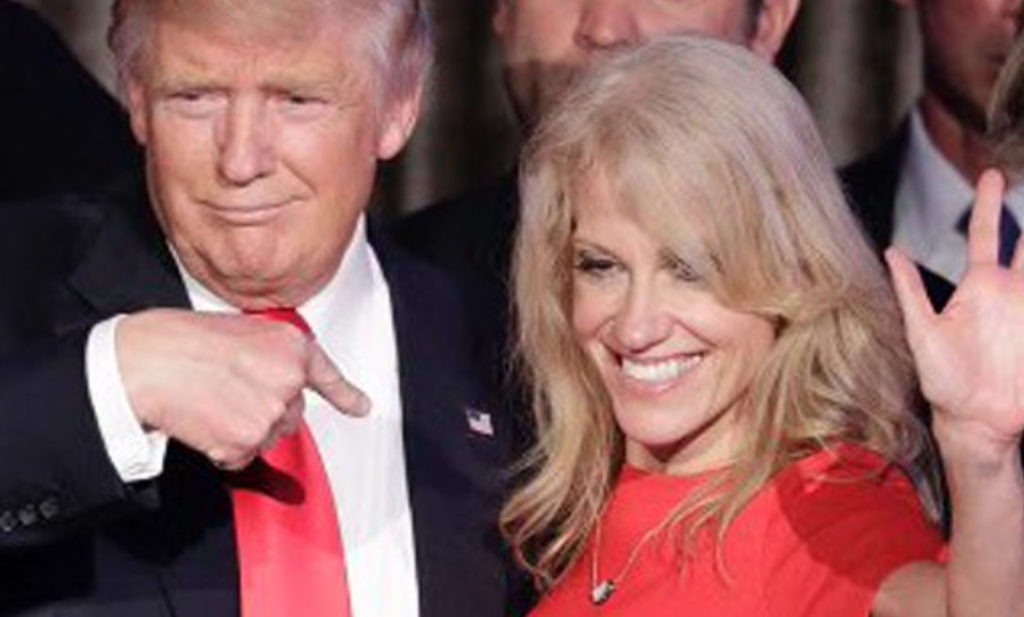 You know it’s not your day when even the leading dictionary maker is actively trolling you. Donald Trump advisor Kellyanne Conway stepped in it this morning during her appearance on Meet The Press when she tried to defend her colleague Sean Spicer’s false claims about inauguration attendance as merely being “alternative facts.” In so doing, she accidentally more or less admitted that the Donald Trump administration was trafficking in false information, and she became an instant punchline on Twitter for it. That’s when Merriam Webster dictionary sprung into action. 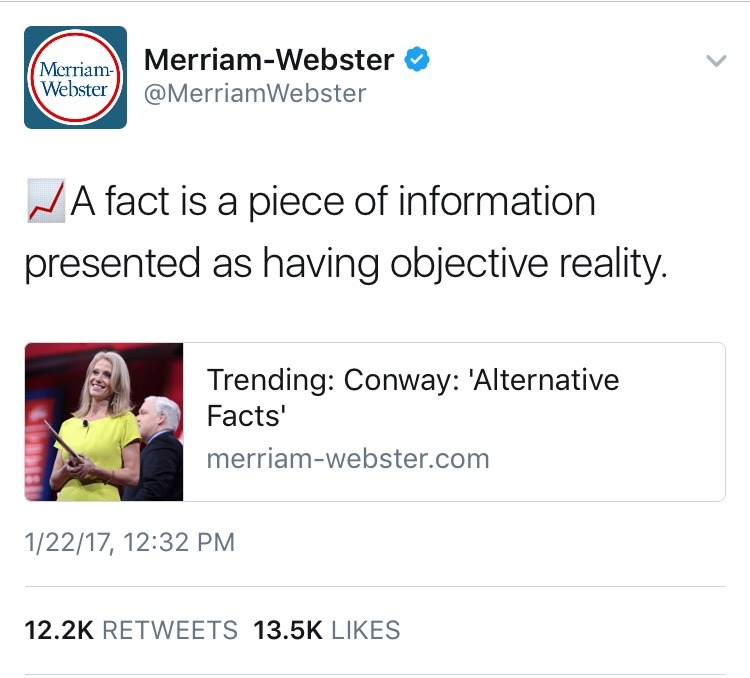 And then just to rub it in, Merriam Webster pinned the tweet to the top of its account.

← Kellyanne Conway’s “alternative facts” meltdown may be the end of her‪Donald Trump forces National Park Service to apologize after it tweeted about his small inauguration crowd‬ →
Posting....
Scroll To Top