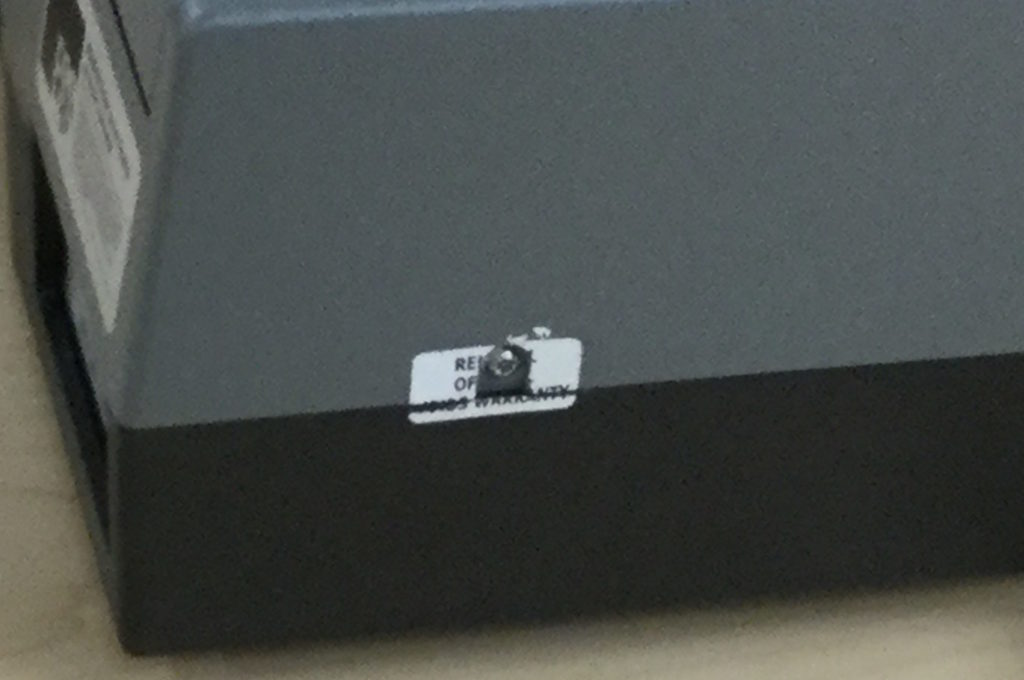 Last night it was discovered that at least five electronic vote counting machines used in the 2016 presidential election in Wisconsin had broken security seals. A designated recount observer representing third party candidate Jill Stein witnessed the broken seals in person and documented them with photographic evidence. There has been some public back and forth today from those who have asked whether the broken security seals are evidence of malfeasance. But a leading non-partisan election integrity group has made clear that it’s a serious concern.

The vote counting machines in question are the ES&S DS200 from a company called Election Systems & Software, as is visible on the photographs posted by the Stein recount observer. The security seals have a warning which states “Removal of label voids warranty,” and those seals have visibly been broken for the sake of opening them. But could this have been merely for some kind of ill advised attempt at maintenance or repair? It turns out that doesn’t matter.

Verified Voting, which describes itself as a “non-partisan non-profit organization” and has a Board of Directors which includes six people with Ph.D. doctorates, has an entire page of guidelines for those precincts using the ES&S DS200 vote counting machines. Halfway down the page, here’s what stands out:

“Ideally, the DS200’s exposed ports, memory card access areas, ballot box doors and case seams would be covered with tamper-evident security seals. The integrity of these seals should be maintained at all times, and only breached under controlled, explained circumstances. Seals should be logged to maintain chain of custody of sensitive materials.”

In other words, the broken seals on the DS200 machines in St. Croix County, Wisconsin are automatically considered inappropriate unless county officials can produce evidence that they documented the instances in which the machines were opened up, and the reasons why. Short of that, the broken seals represent a broken chain of custody. It’s not clear how St. Croix plans to respond to this scandal, though it is doing a hand recount.

www.palmerreport.com
1656
SHARES
Facebook ShareTwitter ShareEmail this articlePrint Article
LinkedinGoogleWhatsappPinterestRedditStumbleuponBufferTumblrPocketLine
← As vote totals shift, Hillary Clinton climbs to within 0.8% in Pennsylvania ahead of recountNo, the Pennsylvania recount effort isn’t “over.” Yes, the mainstream media is lying to you. →
Leave a Comment