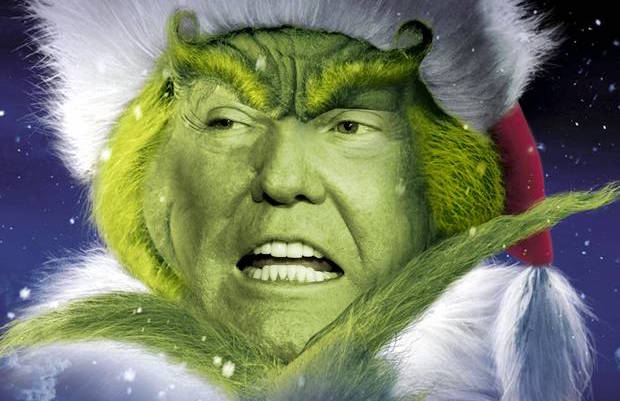 It’s a true story that’s been confirmed by a number of major news outlets, but it’s so on-the-nose that it sounds like something straight out a Dr. Seuss book. On Tuesday afternoon, just two days after Christmas, the infamous Trump Tower in New York – home to “president-elect” Donald Trump – was evacuated over what authorities had deemed a suspicious package. But when it was all said and done, it turned out to have merely been a bag of children’s toys.

In an evacuation scene which the Boston Globe now says a witness referred to as “hysteria” at the time, Trump Tower on Fifth Avenue was transformed into a disjointed mess. But rather than being some kind of terrorist attack or assassination attempt, CNN is reporting that the “suspicious package” was merely an unattended bag of toys left in the lobby.

It’s not yet clear whether a Fifth Avenue shopper may have left the bag of toys in the lobby by accident, or if someone was perhaps trying to send Donald Trump a message about being the Grinch who stole America. There are also conflicting reports as to whether the entire building was evacuated or just the lobby level. But in any case it appears clear that no one was trying to harm him. The AP says he wasn’t in town at the time anyway.

But the panicked reaction by authorities to a bag of toys, particularly at a time when Trump and his family weren’t even home, points to just how thoroughly that already congested neighborhood is becoming unduly militarized in the name of protecting him – as well as the absurdity of a “President” who intends to spend half his time living in an apartment in the middle of Manhattan.